The Best Apps To Use When Travelling

Years ago people used to use travel agents. Now people use their phones for everything. Here are the best apps I use when travelling.

The Best App to Use When Travelling 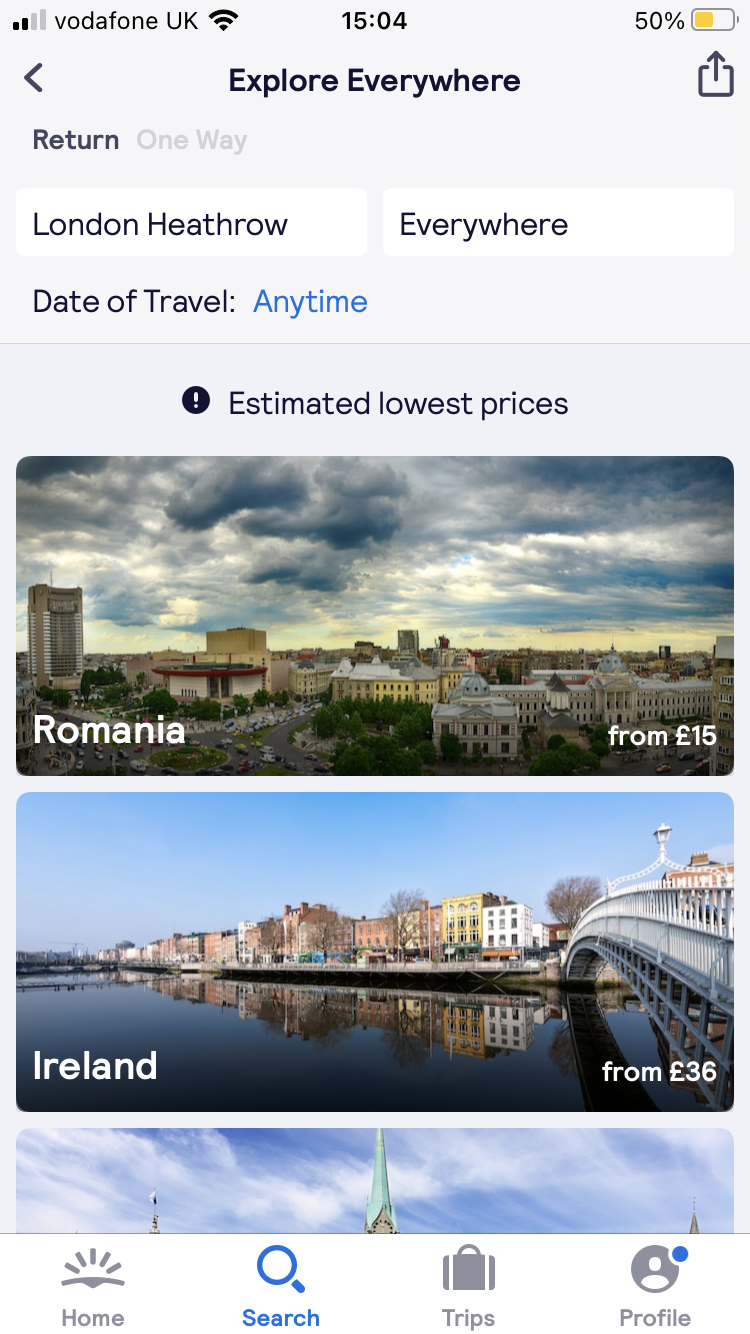 Firstly you need to book your flights. Skyscanner is like a search engine for all the flights in the world. Enter the city or airport you want to go and the dates and it will give you a list of flights on those dates. You can filter them by the cheapest to shortest or use different airlines. It tells you if it is cheaper to fly a day earlier or later and on popular routes, it can tell you the best time of year. Or if you don’t know where to go but have set dates, type in your departure city and click “Go Explore” to find the cheapest flights to any city on those dates.

Tip: if the prices seem to have gone up in the last 10 minutes, close the app, delete cookies and try to log onto another wifi network to get the original price.

You have your flights, now you need your accomodation! Hostelworld has almost every hostel in every city. Type in the city, the dates and how many people and away you go. Look at map view if you want to be close to a certain district or click on the hostels in the list view to read the reviews of other travellers that have stayed there. This is great for dorms and private rooms.

Read here for the best tips if you are staying in a hostel for the first time!

This app is for everything else when hostelworld doesn’t work! Want a nicer hotel than a hostel? Travelling off the beaten track? Also has more last minute deals and discounts than hostelworld. Use my discount code for £15 off!

Everything is booked, now you need to learn the language. This is a great app that helps teach you a language, expanding your vocabulary and getting harder the more you use it. You can pay for an offline version if you wish.

Tip: Whilst a great app to learn a language if you are going somewhere for a short period of time and just need basic phrases, download a phrase book on iBooks or Kindle.

For everything else. You can download certain languages to use offline. And if you have data in the country you’re going to, you can take photos of text and it will translate it for you! I was blown away the first time I used that!

The best offline maps and the one most people use. Download individual countries or regions before you go. Drop pins on places you want to see and colour code them if you wish. As long as it is downloaded, the maps work even when you don’t have signal/ data/ wifi, great for when you’re hiking in the middle of nowhere.

Tip: this app doesn’t use real time traffic data so you will have to adjust the times it suggests when driving to places. I add about 25-30% to the suggested time.

I’ve currently got 3 airline apps on my phone but I have had many others over time. Some airlines let you watch additional entertainment if you have the app and some have special offers and ways to order duty free. I mostly use them to collect frequent flyer points and as an electronic boarding pass.

Tip: collect frequent flyer points even if you can’t imagine a time you will use the airline again. Many have partner airlines which you can transfer the points to. I collected Virgin Australia points on my flight in Singapore Airlines.

Great resources for campsites and local amenities in their respective countries. They are the only apps I’ve listed that you have to pay for but they are more than worth the money.

I don’t like using these apps at home but on the road they can come in handy. I used Grab in south east Asia as it is often A LOT cheaper than taxis. It also takes out the haggling and bartering before you get in the car as you get a set price on the app.

Related Read: How to Travel Around Tbilisi

A currency converter app. Load up to 10 currency’s and it will tell you a real time exchange rate. It can also tell you any commission you may have been charged. Great if you aren’t good at maths, are travelling to more than one country or if you want to know if the gold jewellery in Lira really is cheaper than when you saw it in Dirham last week.

Any other apps that you would recommend to use?

What’s In My Bag? Travel Essentials I Always Pack