6 Parks in London You Must Visit

London is one of the oldest cities in the world. It is also one of the greenest. For all the areas of the capital that resemble a concrete jungle, there are also lush green spaces dotted around the city. They are the perfect place to sit and relax on a hot summers day (if London ever gets them!) sipping a beer or Pimms. Here are 6 of the best, with my underated favourite at the end, to spend your time in.

The 6 Parks in London You Must Visit!

Regents Park, in north west London, is home to the world famous London Zoo. The 410 acres are now part of the Royal Parks, meaning they land is owned by the crown. With a small lake, plenty of sports pitches at all times of year and smaller gardens with blooming flowers in summer.

The ring road around the outside of the park is a popular course for runners and cyclists. If you head there early on a Sunday morning, watch as you cross the road as plenty of cyclist will be wizzing past. Walking around the outside of Regents Park will take you past some of the largest and most expensive estates in London. 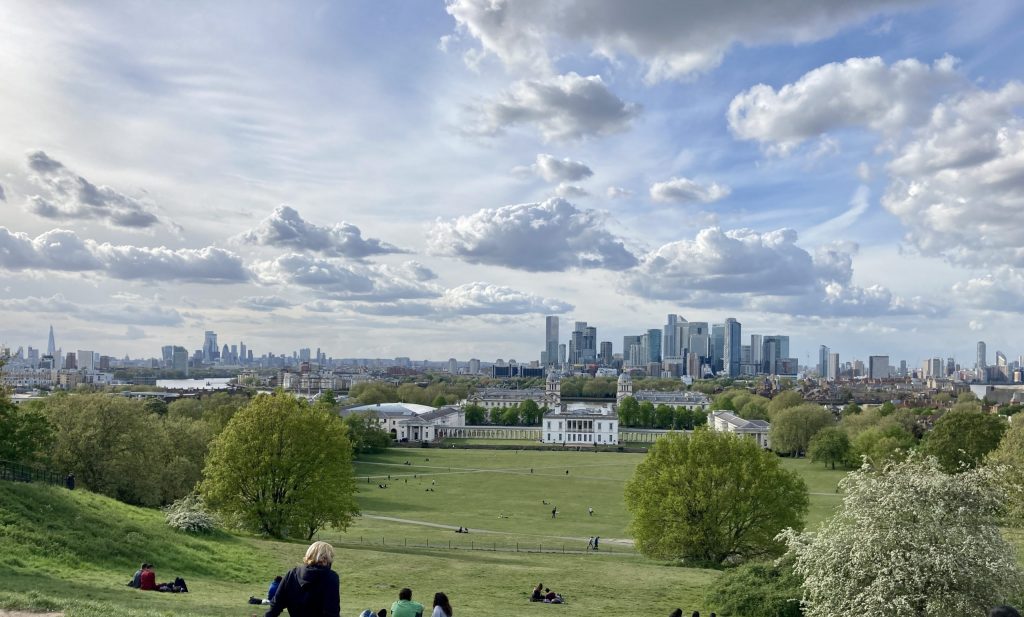 If you’re in south east London but want a good view of the city, Greenwich Park is the place to go. Rising up from the Cutty Sark, Old Royal Naval College and the National Maritime Museum, Greenwich Park is one of the largest parks in London. It contains the Royal Observatory, from which Greenwich Mean Time (GMT) has its name, where you can stand on the Greenwich meridian, dividing the easterna and western hemispheres.

But the main reason you should visit Greenwich Park is the incredible views over London. Canary Wharf and the Docklands will be right in front of you, but look west and you will see the rest of London with uninterrupted views. Head there for sunset and watch as the colours change above the London skyline.

One of the largest parks in London, it hosts many events throughout the year.

Within Hyde Park is the Serpentine, a large lake known for its recreational swimming. The Serpentine swimming club famously have a Christmas Day swim if you fancy a dip in freezing waters! 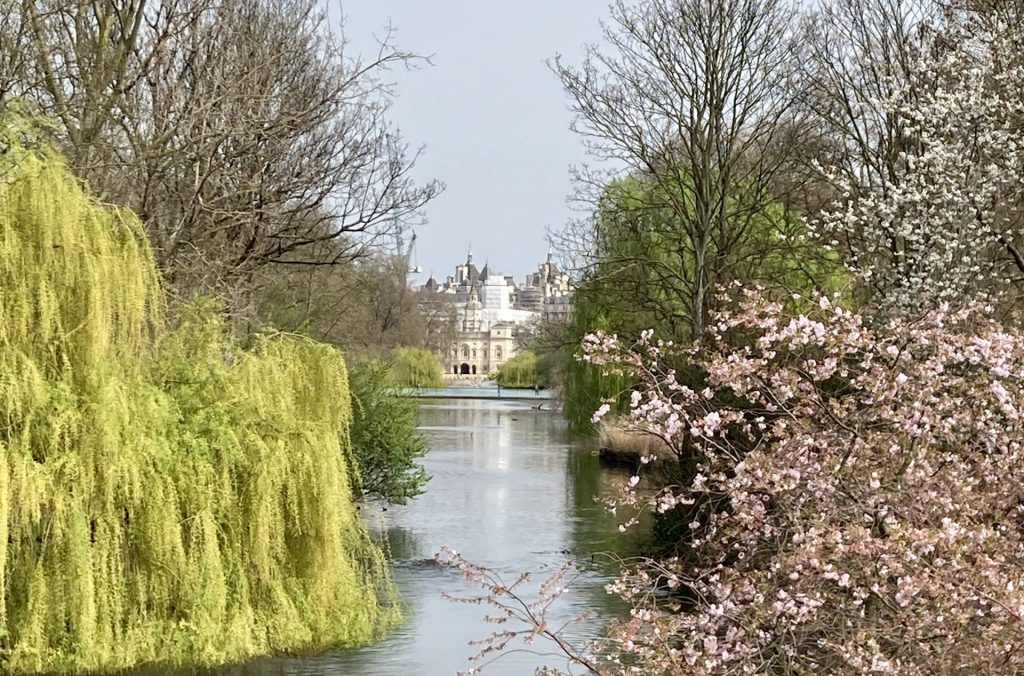 St James Park could not be in a more central location. Flanking the mall on one side with Buckingham Palace at one end, at the other end is the garden of 10 Downing Street and Horse Guards Parade. One of my favourite touristy walks would be to go from Trafalgar’s Square, up the Mall to Buckingham Palace, back through St James park, looking out for the wildlife and the islands in the lake, taking in Horse Guards Parade, the Imperial War Museum before finishing in Parliament Square with views of the Houses of Parliament.

Battersea Park has it all. Some cute cafes, a GOApe for the adventurous and a boating lake for the little less adventurous. You can spend hours walking around the tangle of paths that criss cross this park that was opened in 1858 after land was reclaimed by dredging the River Thames. It is also home to various sport fields, wide open spaces, and the London Peace Pagoda. Situated next to Chelsea Bridge and Battersea Power Station, it is an excellent park to visit if you are in south west London. 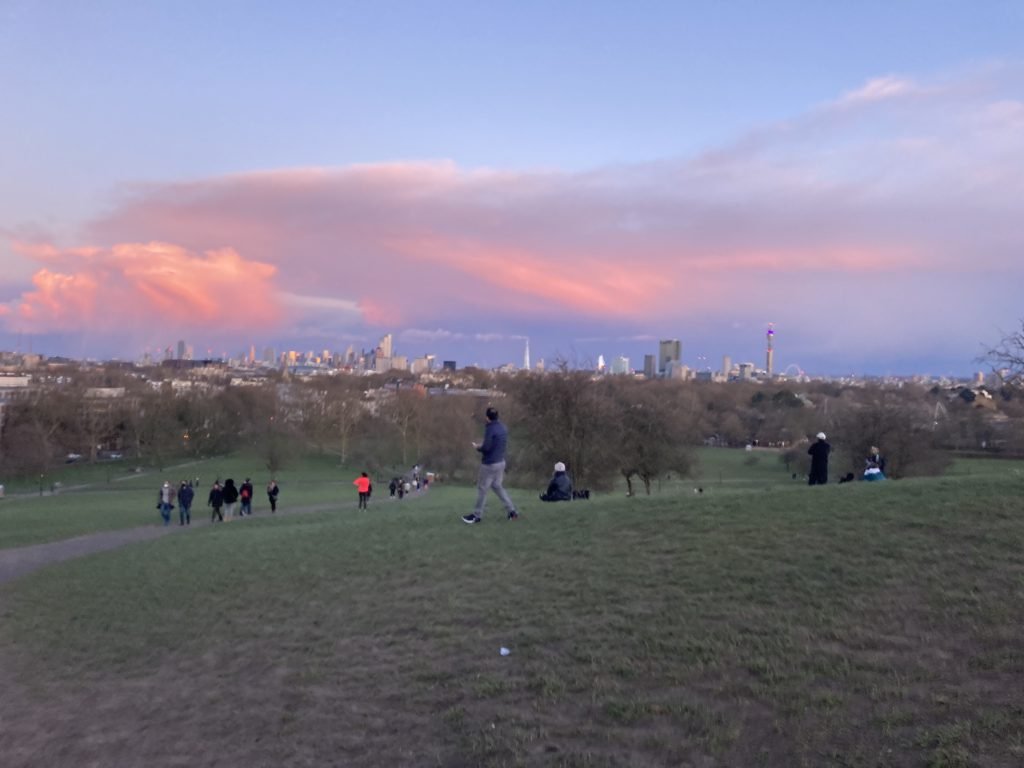 Located just to the north of Regents Park, Primrose Hill is little known outside London. One of the smaller parks, it is little more than grassland with a cafe and an outdoor gym area. But what really sets this park apart from the rest it the 60m hill in the middle of it. Climb up the steep path but don’t turn around until you get to the top. When you do finally turn, feast your eyes on a view of London that is normally only seen on postcards or from helicopters.

On a clear day you can see Canary Wharf in the east, the Shard, the financial district across to the BT Tower and the London Eye in the west.

Which of these parks have you been to? And which would be your favourite? If you have any other parks or recreation areas in London that you think are worthy of a mention, let me know in the comments!

8 Tips For The Perfect Road Trip