Gjirokaster makes the perfect stop on your tour of the south of Albania.

Whilst it’s possible to stay for a couple of days and experience all there is to see, it’s the perfect size to consider exploring just in one day to break up your journey from other parts of Albania.

If you’re staying in Saranda, it’s only an hour and a half away making Gjirokaster the perfect place for a day trip and enough time for your to see all the Gjirokaster attractions you can!

How to get to Gjirokaster

If you’re heading to Gjirokaster by bus, you’ll get dropped at the main roundabout on the main road. All buses from Saranda or Tirana stop here. From both directions you can get a bus roughly every hour.

From Saranda, they run on the hour from 6am to 5pm, but any bus to Vlora, Berat or Tirana will pass through Gjirokaster.

If getting back to Saranda from Gjirokaster at this time isn’t a risk for you to take, you may want to spend a night in Gjirokaster and leave early the next morning.

Gjirokaster Castle is the highlight of the town and the views are worth every second of heaving up the hill. The castle and the hill it stands on has been the site of human habitation since the 8th Century BC, with it ever evolving as it became under the control of the Byzantines, Ottomans, Italians and Albanians.

Make sure you go to the far end of the castle, towards the clock tower, for incredible views over the Drinos valley. 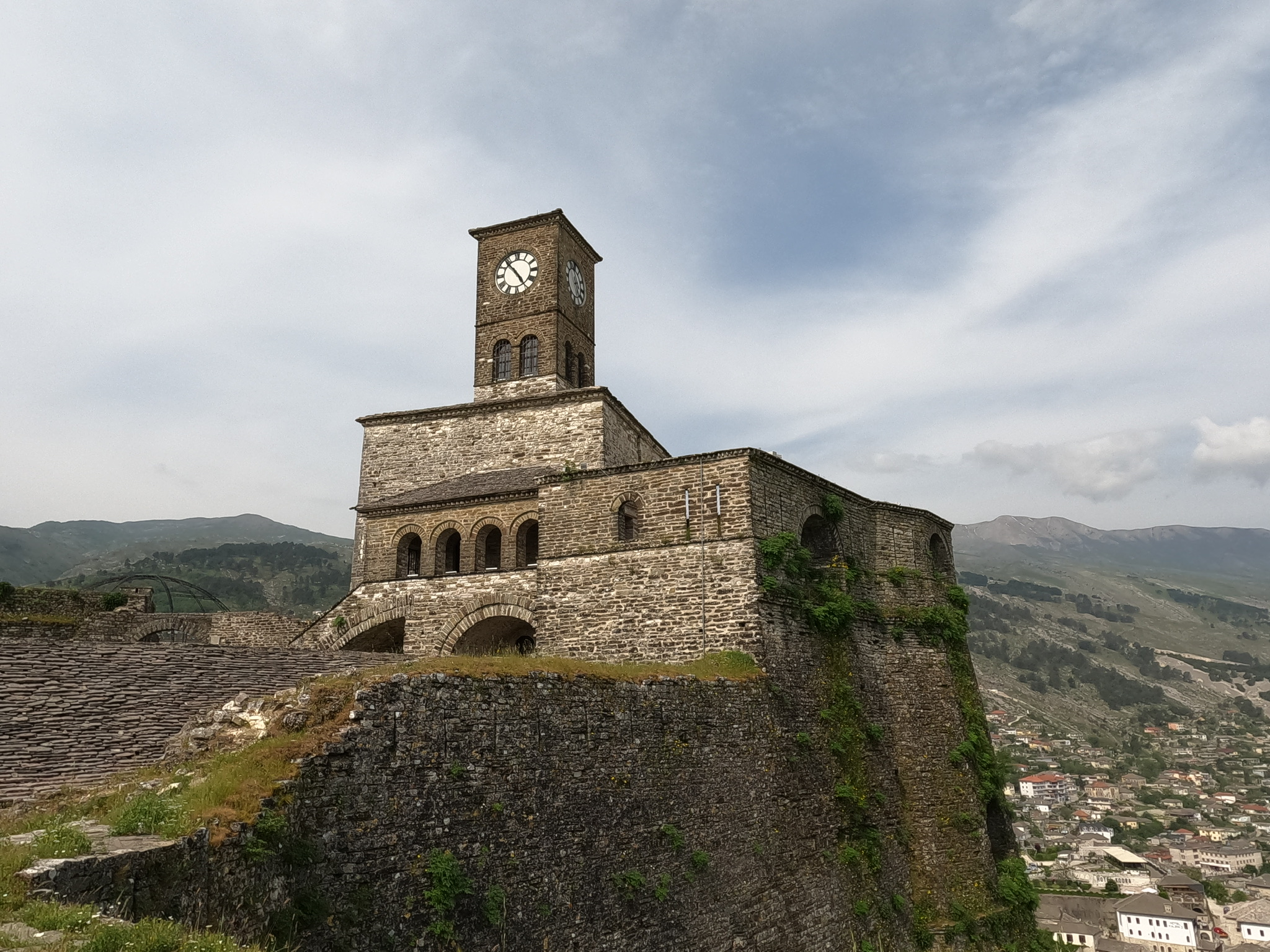 It costs 400LEK to get in into the castle. It’s open 9-4 in winter, 9-7 in summer. It’s an extra 200LEK to get into the two museums, the Gjirokaster museum on the bottom floor is very informative whereas the armoury museum and jail on the top floor isn’t worth the walk up the flight of stairs! There are no signs explaining anything and the few signs that are there are only in Albanian.

Once you’re done hiking to the top of the hill to see the castle, the uphill walking isn’t done yet! About 30 minutes from the castle is Ali Pasha’s bridge. Built when Ali Pasha controlled the city, it used to bring water from the hills to the castle. It is now the last remaining remnant of the aqueduct system he built.

You’ll start by walking up some roads, that turn into tracks and then follow the old goat paths to the bridge. It is set in a very picturesque location and makes for an incredible place to sit and enjoy the views. 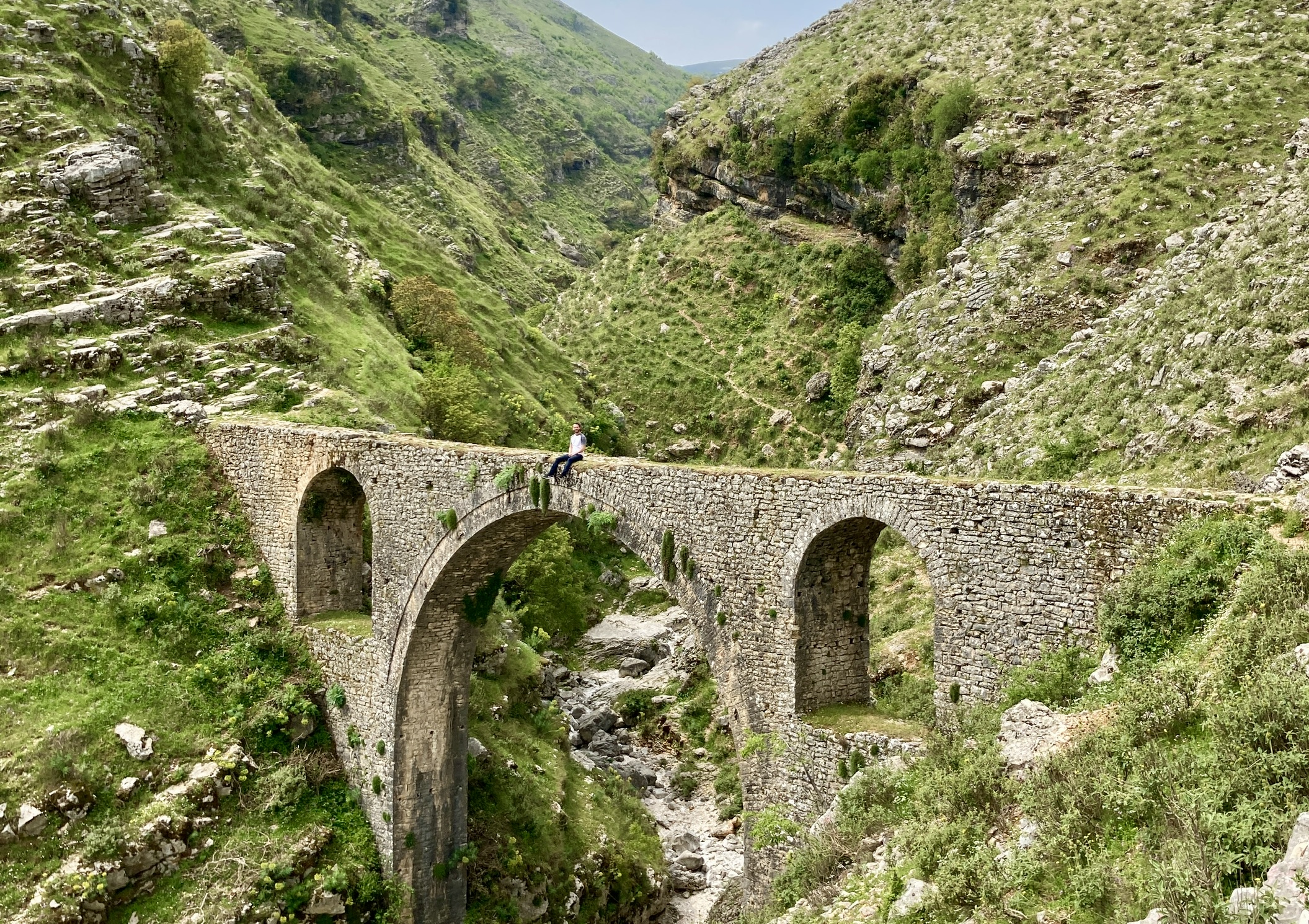 Visit the main bazaar and stop in one of the many local shops along the way. Set into the Ottoman style buildings, many now sell local handicrafts or sell some good coffee. Originally the inhabitants of Gjirokaster lived within the castle but moved out in the 15th Century creating the bazaar as the centre of trade and commerce for the entire region. 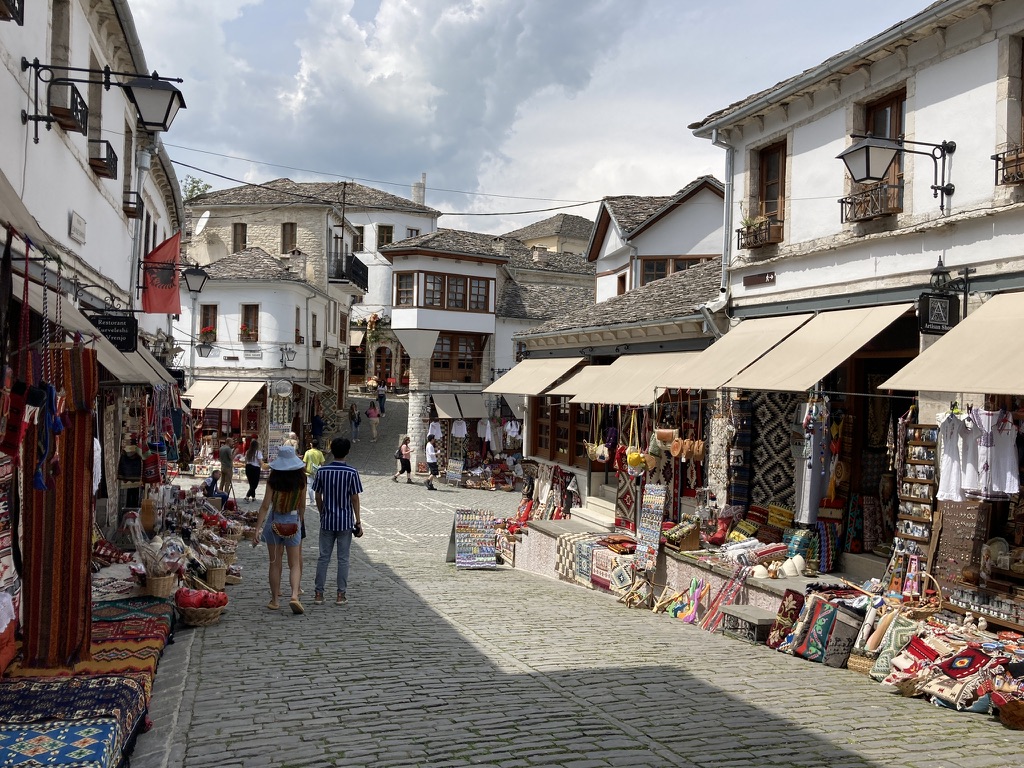 When communism took hold in the country, all the mosques in the city were destroyed. However, this one, set just back from the main bazaar, was spared due to its cultural significance. 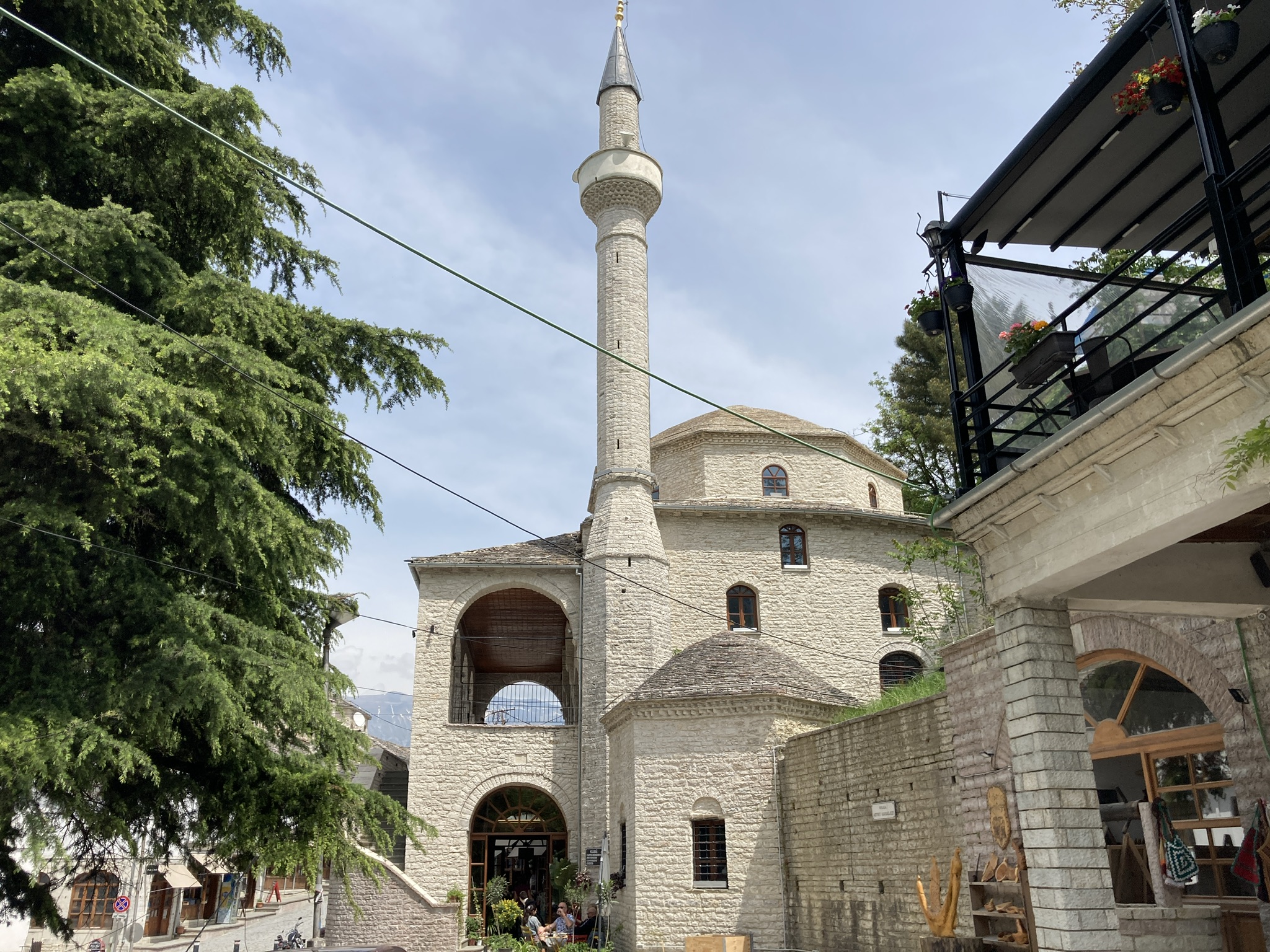 All that hiking will make you hungry. Luckily for you, there’s an abundance of restaurants in Gjirokaster, many centred around the Main Bazaar. Many advertise that they sell traditional local food, that is specific to this region of Albania. I ate at Rrapi, set with a beautiful outdoor area under vines at a cross roads of the Main bazaar.

I chose to eat the Mix Traditional, a small taster of Shapkat (like a cabbage filled quiche), Sarma (rice wrapped in vine leaves), Laropit (cabbage and dough layered over each other), Qahi (like a cabbage flavoured samosa), Qifqi (a fried rice ball) and meatballs served with fresh yogurt. I can highly recommend all of them! All of this was 700LEK.

The Ethnographic Museum of Gjirokaster is infamously known as the birthplace of former communist dictator Enver Hoxha who ruled Albania for 41 years. The building is now a museum and contains artefacts showcasing what it would be like to live in Gjirokaster in the 19th Century.

You could easily spend a few days in Gjirokaster exploring every side street from the main bazaar, eating and drinking and all the delicious restaurants and cafe’s and getting to know some of the local hiking trails.

There are older muslim relics in the town, Christian churches and a variety of Ottoman style houses to explore.

But if you are pushed for time, it is definitely feasible to see the best of what the small town has to offer in just one day.

Want to know what else there is to see in Albania? Check out this guide to Butrint National Park!