Matt Walker goes on a journey to watch a top tier football match in every UEFA nation in one season. That’s 55 countries in one year!

Starting in Georgia in the summer of 2017, his travels takes him to remote destinations such as the Faroe Islands and Kazakhstan, micro states such as Liechtenstein and San Marino and countries that aren’t even recognised by the UN like Gibraltar and Kosovo. All to watch a game of football. Not content with just visiting capital cities, he takes in matches in towns that few outside of their country would have ever heard of.

I also had the pleasure of reading the book in Albania, reading how he took a ferry from Saranda to Corfu, all whilst I sat on my balcony looking at the same ferry just beneath me.

The book is written in the style of a travelogue interspersed with the details of a newspapers match report. How he got the details and stats of every player and goal scored is beyond me. All of it written with a dry sense of humour that only the British can do.

As Matt looks for the human side behind football, you realise that whilst some players in the bigger leagues of Europe are multi-millionaires, there are many that ply their trade in smaller leagues as a source of passion and hope. They know they won’t win a champions league, or even their own league title, but the way that he brings across that hope for the future will resonate with every football fan out there.

As you might expect there is a chapter related to each country with the toils of travel, a human touch and a report on the match in each. Spaced between are other tales of his travels or football, such as watching his beloved Fulham which breaks the travelling up perfectly. 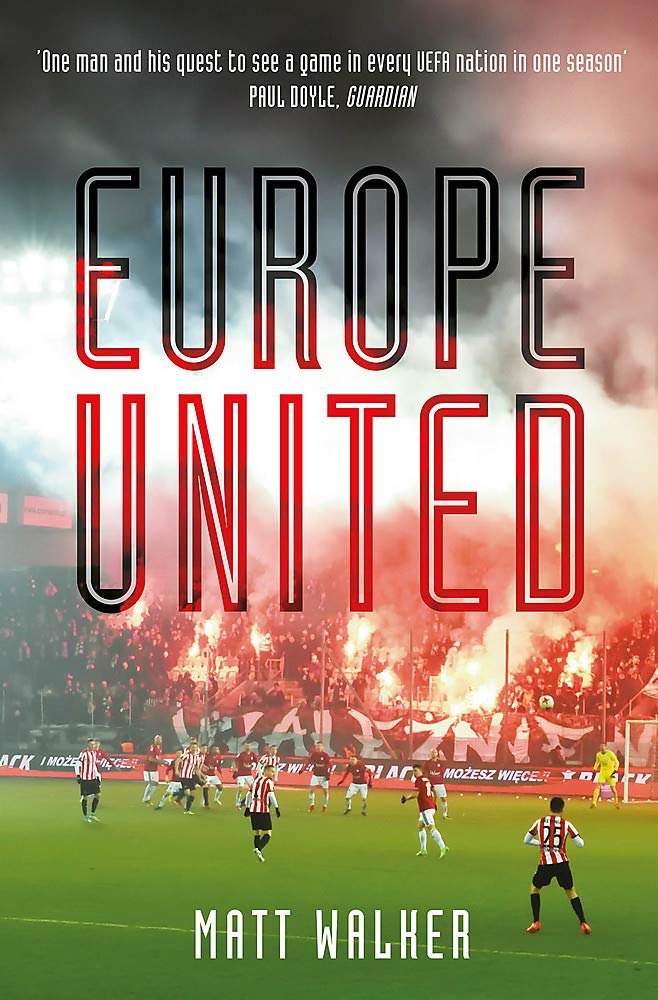 If you love football, or the trials and tribulations of any sport for that matter, as well as loving travel to off the beaten path destinations, this book is definitely for you.

After reading through his website and reading plenty of his other adventures, I can’t wait until another book of his is released.

You can buy Europe United by clicking here.