How To Get Around Moldova and Transnistria

Moldova is the least visited country in Europe. Even before the pandemic hit, there were less than 175,000 tourists to the country, which is far less than the 12 and 13 million that its neighbours, Romania and Ukraine had respectively.

If nobody else goes there, then of course I want to go!

But that comes with its own issues of having very little information on the country. What made matters more difficult was that I would be travelling through the breakaway region of Transnistria. The little information I found was on my own government website basically saying “there is a lot of paperwork to do” but not much else.

So here is everything I learnt from my travels in Moldova about how to get around the country.

How to Get Into Moldova 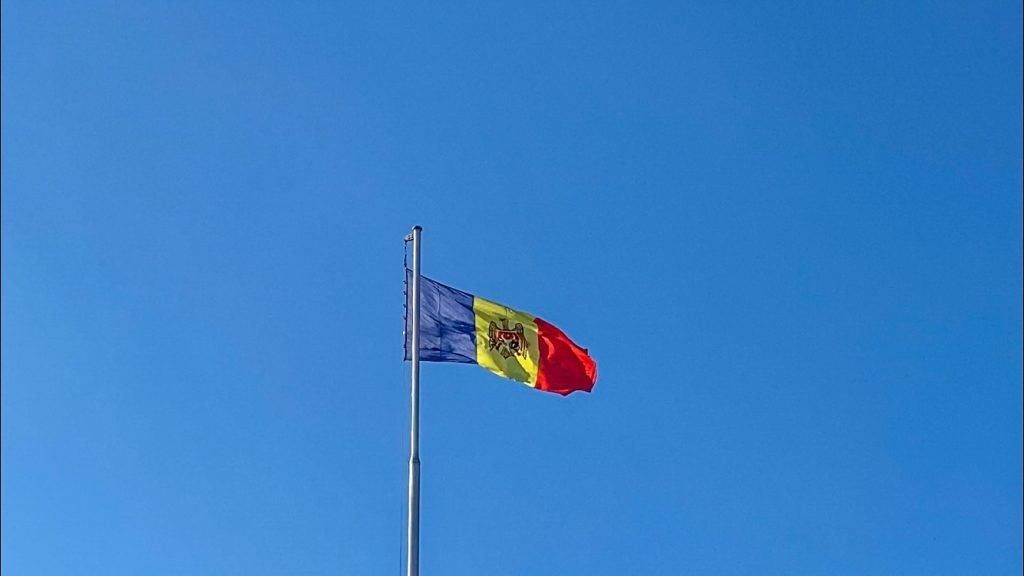 There are a few options here and I’ll list them from easiest to hardest:

Chisinau International Airport is the only international airport in the country. There are flights to a large number of cities across Europe and some budget airlines as well. When coming in you will get given a 90 day visa on arrival for most nationalities (please check your own!) and you have to show you’ve been vaccinated.

Buses run to and from Bucharest and Odessa and other smaller cities in Romania. These are relatively cheap but also quite cramped. They are more like minibuses than actual coaches and the journey time for both is 6-10 hours. I didn’t do these but from the people I spoke to that did, whilst they were cheap, they most certainly weren’t comfortable.

I got the train from Odessa which wound its way through Tiraspol and into Chisinau. From Odessa, it leaves once per day at 1836 and gets into Chisinau at 2230. You can buy the tickets online but you then must go to the ticket office in Odessa to give your passport details, so I went straight to the ticket office inside the main station where a little bit of English was spoken. I bought it on the morning of the train journey itself and paid 352UAH.

The train was busy when it left Odessa but almost everyone got off on the two stops before the border. By the time we crossed the border, there were maybe 10 passengers left on the carriage.

At the border, the Ukrainian border guards come on and stamp you out of Ukraine. The train stopped for about 40 minutes whilst this happened. It then departs from there stopping at Tiraspol and then Chisinau a few hours later.

At Chisinau you will be directed through customs (where the only thing that was checked was a surfboard a guy was carrying) and you will enter into the main station. On the left hand side is a small window where you must show your train ticket and you will get a stamp on a small piece of paper. DO NOT LOSE THIS as this is your passport stamp into the country! Why they don’t stamp your passport I have no idea.

NB: If you do not get this stamp, or get off the train in Tiraspol and then head over the land border to Chisinau, you will have to go to the immigration office at 124 Stefan cel Mare BoulevardTooltip content

Inside the train station is a money changer but they charge extonionate rates so leave through the main door, turn right outside and right back into the station and there will be an ATM you can use. There will be some taxi drivers hovering about but they won’t wait around for long as it is the last/ only train of the night. Alterntively, you can order a Yandex taxi to get to your accomodation.

Top Tip: Download Yandex and set it up before you arrive in Moldova. It didn’t work with my data roaming but it will depend on your plan.Tooltip content

If you are just sticking to Chisinau, you can see almost all of it by walking.  Yandex taxis are cheap and plentiful with journeys across the city costing between £1-3.  There are also buses around the city and the country.

Related Read: Best Things To Do In Moldova in 2021

Transnistria is an unrecognised breakaway state within Moldova. After the breakup of the Soviet Union, Moldova and Transnistria fought a war in 1992 but a ceasefire has held since. Whilst I thought it would be like going back to Soviet times, it wasn’t quite that but it definitely felt very Russian. You will have very little phone coverage even with a Moldovan SIM and no ATM’s will work with foreign cards as Moldova has cut them off from the international network. One guy I met ran out of money and had to get a taxi to the “border” with Moldova to an ATM that worked! Make sure you take more than enough for your stay.

Bus from Chisinau to Tiraspol

Buses leave from Chisinau bus station roughly every 30 minutes from 0800 to 1800. There is a small ticket office near where the buses depart and tickets cost 45Lei one way. Little English is spoken by the bus drivers or staff. Although you might think you have plenty of space, the bus driver will fill every single seat and ever have people standing in the aisle for over 2 hours!

After roughly 75 minutes, you will reach the “border” to Transnistria. Someone from the Transnistrian army will get on and just glance at the local passports but as a foreigner you will have to get off and go into the immigration office to have your passport checked. If you are staying for more than a day trip you will need proof of accommodation. (I recommend Like Home Hostel which can be found on Hostelworld.) They will then give you a piece of paper, like a visa, that you will need to keep hold of until you leave. Even though I only had 3 days accommodation booked, my “visa” was for 5 days. If you are driving your own car in you will also need proof of car ownership.

You bags may be checked by customs but they weren’t checked very thoroughly when I went, they only opened up the back of the minibus for a quick glance inside.

Another 30 minutes later you will arrive in Tiraspol bus/ train station. Depending on where you are staying, you may want to get off a bit earlier when locals get off. At Tiraspol bus station there is a money changer to get your Transnistrian Rubles. There are also plenty of money changers in the city itself, you’d be hard pressed to walk more than 5 minutes and not see one. They accept Moldovan Lei, Euros, US Dollars and Russian Rubles.

Bus from Tiraspol to Chisinau

Buses from Tiraspol to Chisinau cost 49.10 rubles and leave every 30 minutes or so from the same place as where you got off. You can hail them down on the main road but we found it easier to go to the bus station so that we could buy a ticket and change our rubles back to Lei. You won’t be able to do this in Moldova so buy your ticket and change it all back or you will have useless money.

At the border checkpoint, they checked even less on the way out and as foreigners we didn’t even have to get off the bus. The army immigration officer barely glanced at our passport and “visa”, but this isn’t to say it will be the same for you!

It is roughly 2 hours each way depending on traffic and you can get off in the outskirts of Chisinau or wait until you are back at the central bus station to continue your journey!