How to Travel Around Tbilisi in 2023

Tbilisi is a rapidly growing destination that’s popular with digital nomads, entrepreneurs and tourists looking for a cultural stay. At the crossroads of Europe, Asia and Russia, it’s a melting pot of cultures and experiences.

There are a few taxi apps that make life easy when travelling around Tbilisi, but unlike much of Europe, Uber isn’t one of them.

Bolt is the most popular taxi app by far with plenty of cars about at all times of day. If you’re in the city centre it shouldn’t take more than a few minutes to be picked up. Trips around the city shouldn’t cost more than 5-8GEL, with a trip to Didube Bus station about 9-13GEL and to and from the airport 20-25GEL. I’ve given prices as ranges as it can change depending on time of day and demand.

Yandex is another taxi app in Tbilisi but although the prices are sometimes cheaper I have heard a lot of mixed things about it. I haven’t used it as I’ve been very happy with using Bolt.

If you’re staying in an around the Old Town, walking is a very easy option. It can be quite steep if you are heading up to Narikala Fort but it’s a great way of seeing the real Tbilisi. Keep your eyes on the ground and look out for small windows into the basements of shops. A lot of Tbilisi is underground with some of the best wine bars and bakeries located in the basements of these buildings. Due to Tbilisi being burnt down and rebuilt so many times by many empires, the smaller underground stores are often the oldest parts of the city.

The Tbilisi metro may not be as extensive as other cities but it still provides a fast and comfortable service. Tickets are 0.50GEL per journey making it extremely affordable. You will have to buy a travel card for 2GEL before you get on but it is a very worthwhile investment.

There are only 2 metro lines however they go through a lot of the neighbourhoods you may want to go to. They also go to Didube Bus station and Independence Square in the city centre. It shouldn’t be used as a way of travelling around the city centre but for larger distances the metro is a great choice.

Regular taxis seem to be everywhere in Tbilisi. Their signs on top signal if they are available or not, turning to green or red respectively.

However, unless your Georgian is pretty good, I don’t recommend taking a taxi. Fares will need to be, negotiated in advance and they know how much they can get out of you!

Getting To and From Tbilisi 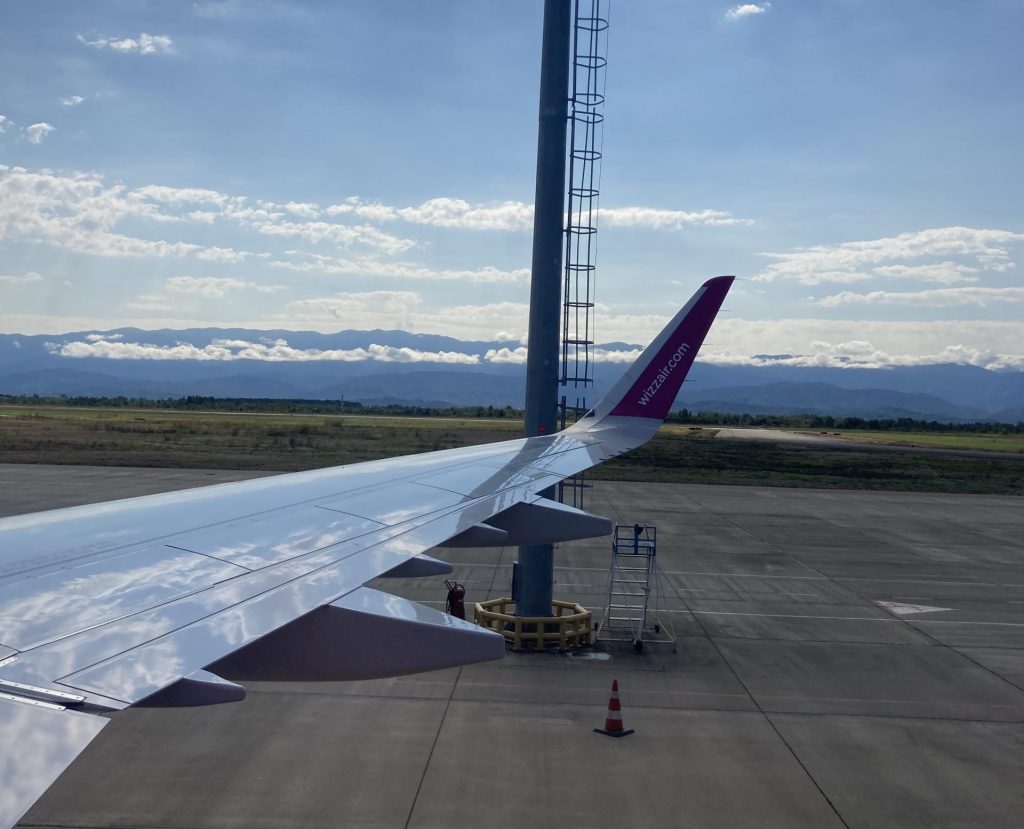 There are a lot of options getting to and from Tbilisi. The international airport flies to a lot of destinations in Eastern Europe as well as a select few in the Middle East, Central Asia and Western Europe. From the airport you can either get a Bolt to city centre or the number 37 bus. If you want a Bolt, make sure to get a SIM card in the airport first, you won’t be able to book a Bolt on the airport wifi.

There are a variety of buses to and from Tbilisi, from small Marshrutkas to large coaches. If you’re looking to go to Kazbegi, Kutaisi or Batumi you’ll have to head to Didube bus station in the north of the city. Fares start at 10GEL for a three hour journey to Kazbegi.

Tblisi has a train station with trains going to all parts of the country and even into Armenia. I didn’t take a train when I was in Georgia but more information and tickets can be found on the Georgia Railways website.

Tblisi is a rapidly growing and modernising city. I predict that Georgia will be a massive market for tourism in a post pandemic world. With almost all journeys starting and ending in Tblisi, it is good to know how to get around affordably and easily. Have you been to Tbilisi yet?