The Best Foods in Georgia You Have to Try

Georgia is a country that I knew little about before I arrived, but after only a short time there, left with a longing to return. From the modern capital Tbilisi to the incredible nature and mountains to the north, the entire country blew me away.

Apart from the friendly people, the food is one thing that stood out for me. I had never been to a Georgian restaurant before and didn’t know anything about Georgian cuisine. Before you book your flights to Georgia, let me introduce you to a few of my favourite Georgian dishes.

The Best Foods In Georgia

Kachapuri is probably one of my favourite foods on the planet. I first discovered it whilst on a walking tour of Tbilisi where we were taken to an underground bakery. What I tried was the first of many kachapuris during my time in Georgia. It translates literally as “Curds Bread” and that is all it is, a cheese filled bread. But calling kachapuri cheesey bread is a bit like calling pizza cheesy bread; whilst technically correct, it is so much better.

You can buy kachapuri from many stalls and bakeries in Georgia as it is eaten as a breakfast streetfood as well as in restaurants. Starting from as little as 2.50GEL (about 50p) it is a perfect way to start your day. Don’t try and eat four of these in one go like one person did (yep, that’s me) as they are incredibly filling. You may feel like you’re about to burst after just two…

If you really want to try an extra delicious version, go for the Adjarian kachapuri that is shaped like a boat with an egg yolk in the middle. Rip the bread off to stir the egg yolk with the cheese until you have a delicious dip. 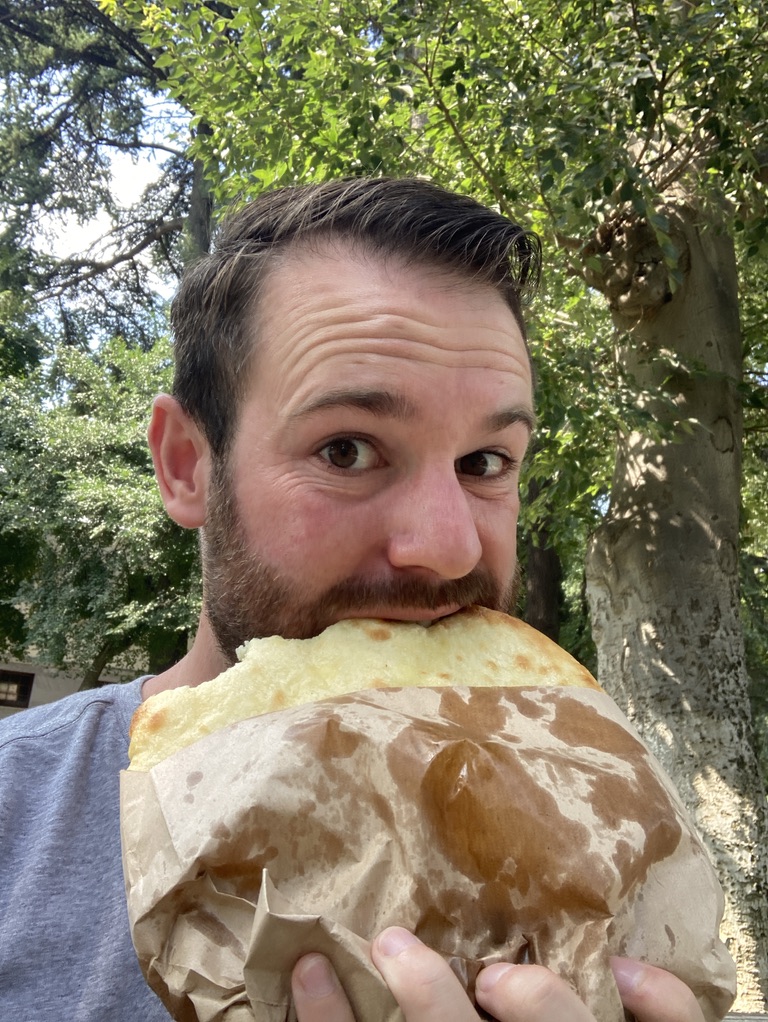 Like kachapuri, ojakhuri is a simple receipe that is so much greater than the sum of its parts. Fried pork and potatoes with herbs and spices doesn’t sound particularly special but the way it is cooked makes it dreamy. Often a bit salty but with fresh coriander on top to give it some freshness, this dish is unlikely to win international plaudits for style or taste. But you know when something is kind of unhealthy but still amazing… this is your Georgian comfort food right here! 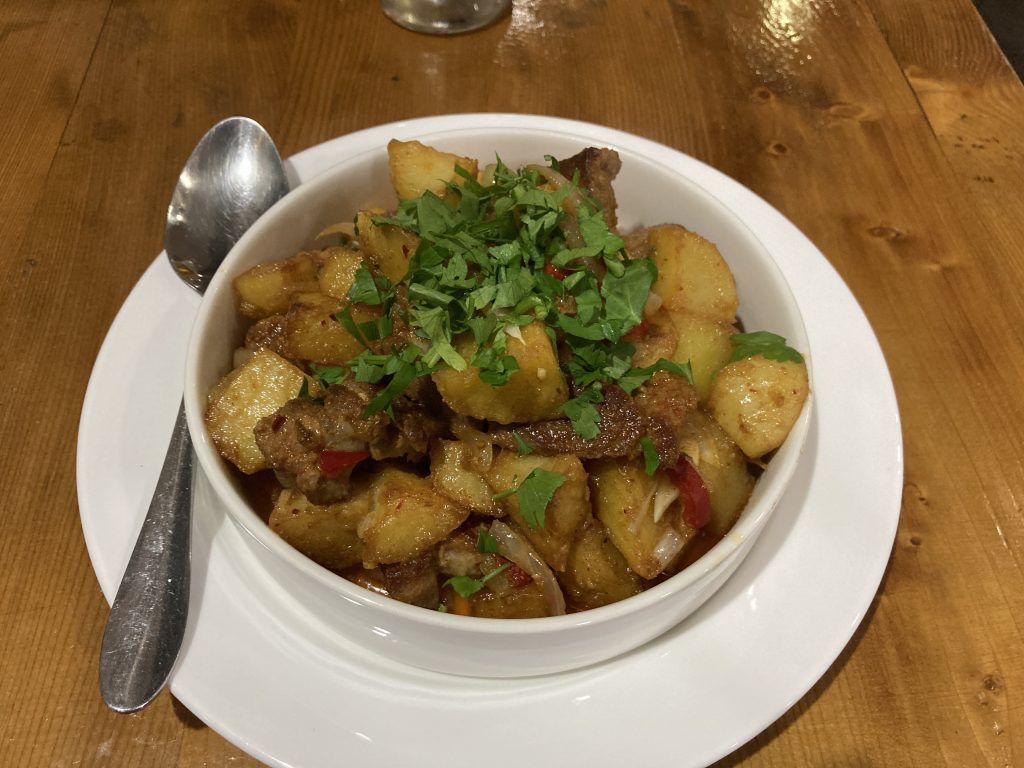 Chkmeruli (or Shkmeruli) is simply chicken in garlic and milk sauce. Yet again, it sounds so simple but tastes so incredible. The chicken is fried to give it a crispy skin before plenty of mashed garlic is added and finished off being cooked in milk with a hint of butter. It won’t win much on the health scale but it does deliver on the heartiness scale (especially if served with chips and a beer over looking the river like I was here in Kutaisi!) 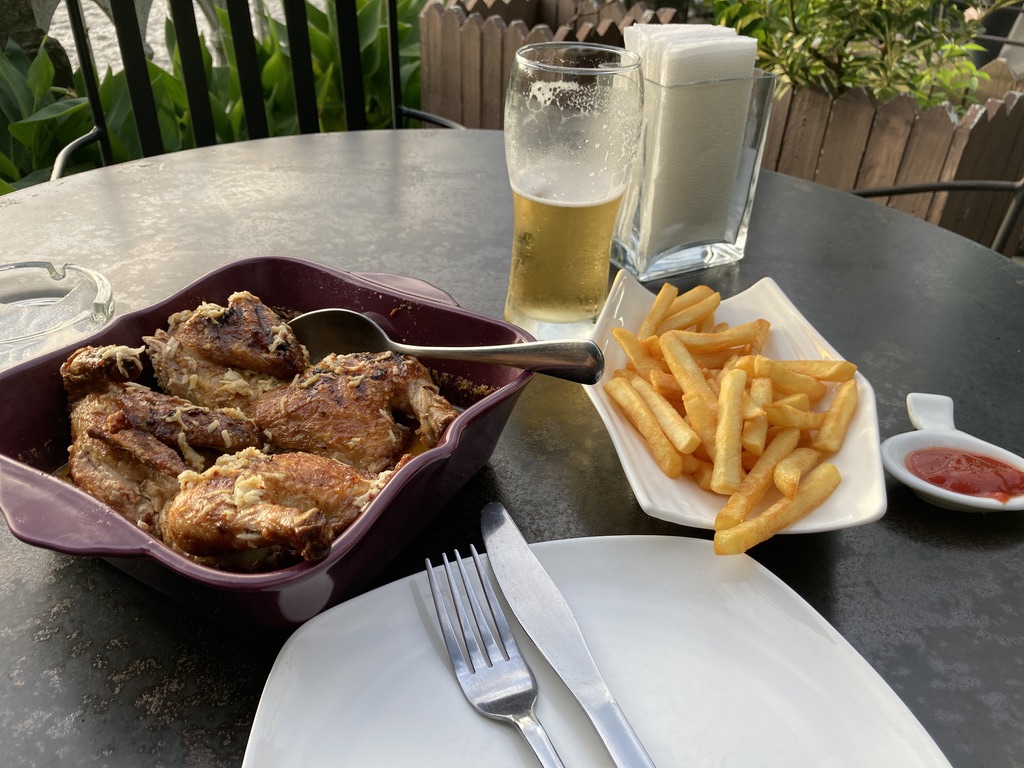 Kinkahli are traditional Georgian dumplings made of a dough that is twisted together and filled with minced meat and spices. When they cook, the meat juices are contained inside the dumplings so they have a very special way to be eaten.  First, take a bite into the side of the dumpling. Then suck out all the juices before eating the rest. Many say the top of the knot should be left behind and its forbidden to use a fork. But however you eat them you’ll want more than one! 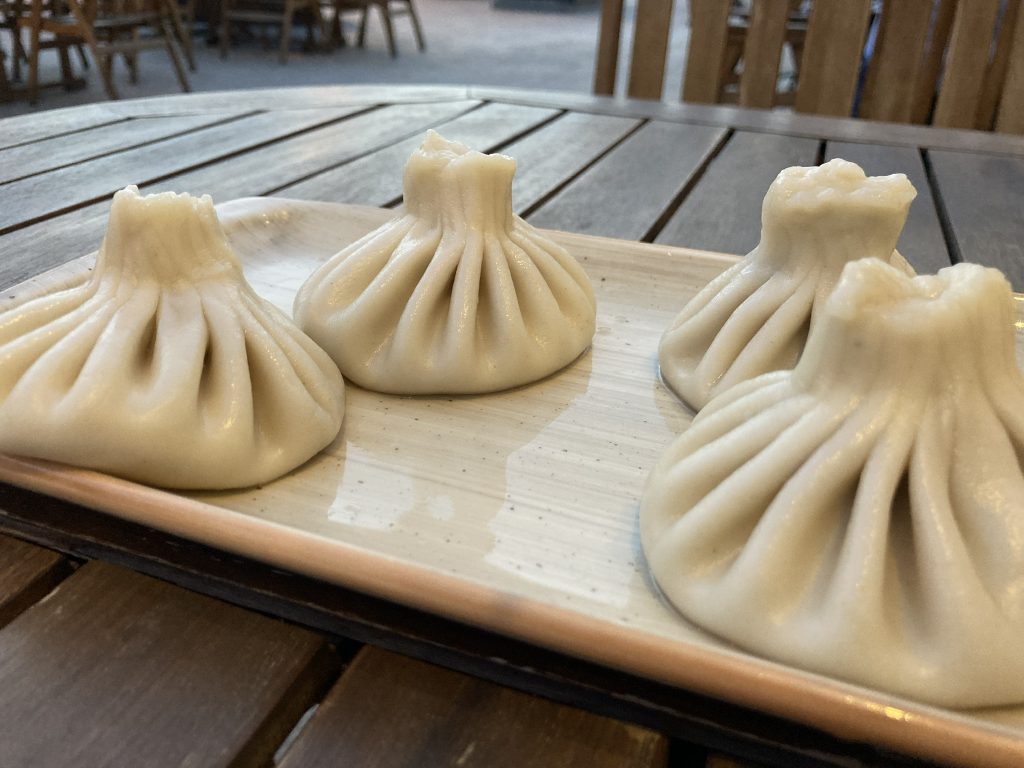 Churchkhela is a string of walnuts dipped in grape juice repeatedly until they dry to look like candles. It is a traditional eaten as a snack or sometimes dessert. They can be found all over Georgia in small street stalls as well as large tourist stores and come in lots of different colours depending on the type of grapes used.

I could have put lobiani with kachapuri as it is very similar. However instead of cheese, this leaven bread is filled with mashed kidney beans which gives it a slightly sweeter flavour. Those that have had east Asian cuisine that uses bean curd will have a small idea of what it would taste like, but the bread being cooked in the 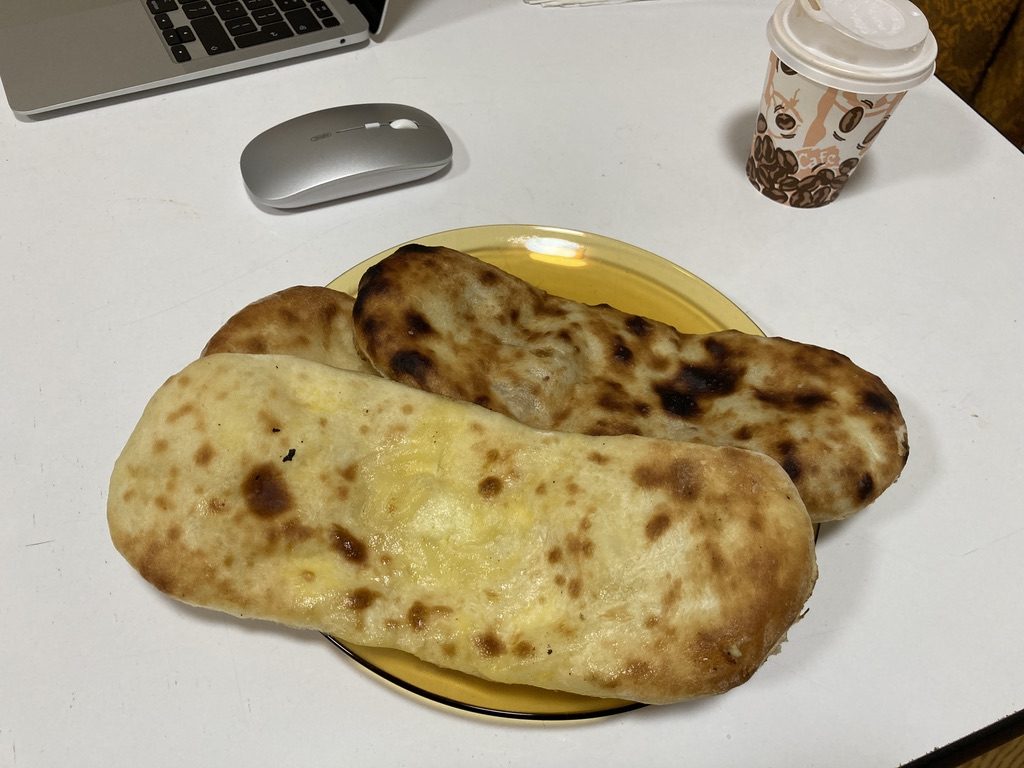 Mtsvadi won’t win any awards for originality as it is simply meat cooked on fire, normally on a skewer, something humans have been doing for millenia. But the lamb I had in Kutaisi appeared on what can only be described as a sword. I’ve had meat on a stick in many places but Mtsvadi still needs a mention 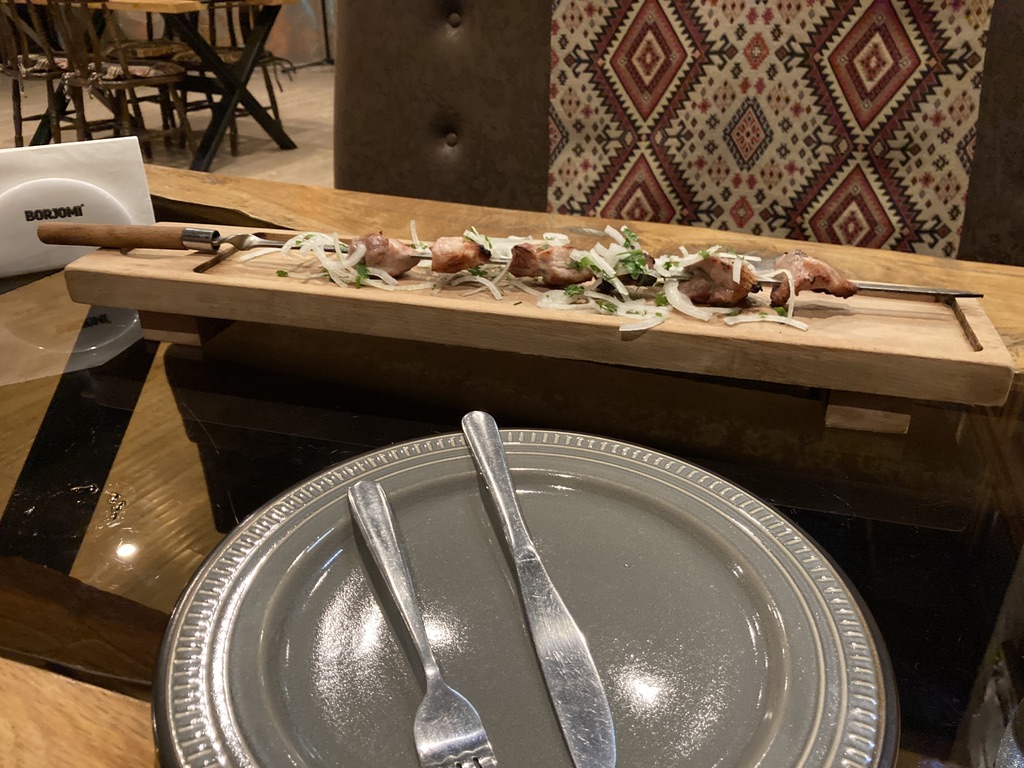 Have you ever been to Georgia? If not you have to put it on your list. Not only is it an incredible destination in its own right, the food is incredible. Mixing some incredible Georgian food with Georgian wine is a winning combination that will suit many palates.

Georgian restaurants are becoming more popular around the world (I actually went to one in Kiev!) and I can see more popping up in the future. Combining elements from several surrounding countries but all with its own take, it really is a culinary experience that needs to be tried.