Travelling to North Korea (What you need to know!)

Pretty much everyone has heard of this place. It is in the news frequently with stories of their leader threatening war and nuclear weapons. It isn’t too high on many peoples travel list, which is exactly the reason I wanted to go.

But did you know that it was possible to visit this reclusive country? (Pre-covid at least) Keep reading to find out how. 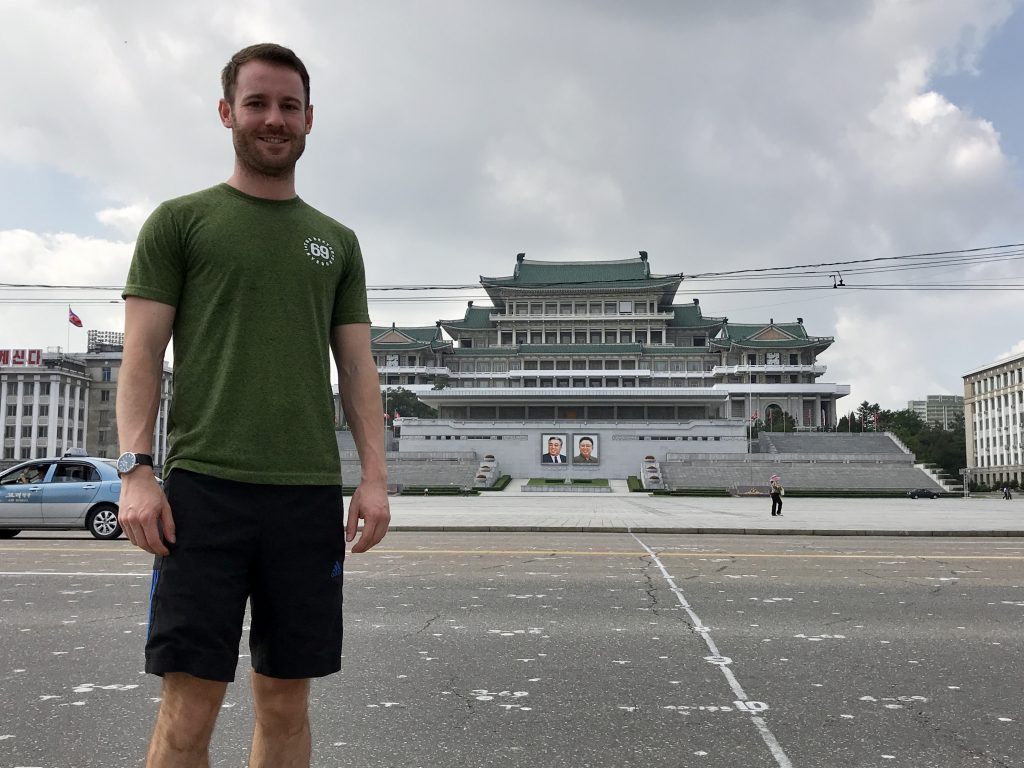 Before you get to North Korea

The first thing I should mention is that it is only possible to travel to North Korea as part of an organised tour. You can’t just turn up to the border and hope to get across. You can go by yourself but you still need to organise North Korean tour guides which will get quite pricey.

I went with Young Pioneer Tours, a company that was recommended to me by a couple of friends I had met travelling in China. They are a Chinese based but western run company that has been going to North Korea for years. Koryo Tours are another reputable brand.

When making a booking with these guys, it is important not to mention North Korea or DPRK in any banking transactions as this will go against international sanctions and the payment may get blocked. They will remind you of this in the booking procedure.

Once you’ve made your booking, congratulations! You are now one of the 5000 western tourists that go to North Korea annually.

Almost all tours will give you plenty of information before you leave home. This will include what to bring and maybe more importantly, what not to bring. They will also provide you with more information on North Korea and a short list of do’s and don’ts when you are on tour with them. What you will have to do yourself is to get your Chinese visa sorted as the only way of getting to and from North Korea is via China. Most nationalities can get a 72 hour transit visa if flying into and out of Beijing airport.

You will also need to take enough cash with you for the entire time. There isn’t a lot to buy in North Korea but a few souvenirs, propaganda posters or occasional beer all need paying for in cash. Take Chinese Yuan, Euros or as a last resort US dollars. You will pay in those currencies in North Korea as North Korean Won isn’t allowed to be used by foreigners.

You will meet your tour company in Beijing where you will have a pre departure meeting. This is the chance for them to lay down any more rules for you as the situation can change quickly in the country. It also gives you the opportunity to ask them any questions in case your nerves are starting to get the better of you!

How to get there

There are two main options of getting into North Korea. Flying from Beijing airport to Pyongyang or taking a train. You will have a pre departure meeting in Beijing where you will receive your North Korean visa and be on your way.

If you fly you will be going on the (in)famous Air Koryo, often cited as the worst airline in the world. They fly old Soviet planes and serve the “Mystery Burger” on board. Some tourists fly, not for the service, but to simply fly one of the most unique airlines in the world.

The train on the other hand departs Beijing just after 3pm, travelling overnight to Dandong. An hour or two to stretch your legs before back on another train for the short journey across a bridge over the Yalu river to Sinuiju where you will have your bags and passports checked by North Korean army officers. Photos are a big no no at this point. Once you are allowed on your way it can be between 3-8 hours of rickety train travel across the North Korean countryside until you reach Pyongyang.

Sleeper trains aren’t the most glamourous way to travel but you do get comaraderie between your travel mates. It is also one of the few times you may be able to speak to North Koreans relatively freely. But dust up on your Korean or Mandarin, very few Koreans you meet on the train will speak English.

When you arrive in Pyongyang

You will be picked up at Pyongyang airport or train station by your guide in a bus along with the rest of your group and taken to your hotel just like all other tours on the planet. You will be introduced by your guides (normally two but depends on the size of the group) and then your tour begins!

Firstly, lets dispel some myths. The guides aren’t there to spy on you. If anything, the more you talk to them, the more they will open up and you will realise that they are just normal people with a job in the tourism industry. I spoke to one of my guides about David Beckham and Brexit when he realised I was English! I never thought I’d be having that conversation with a North Korean!

Think of it like a school trip. You will be allowed to some places but the guides will be there to supervise. You aren’t allowed to run off and do your own thing but you will have some freedoms to walk around the area that they tell you to. Are you free to roam the city at will? No. Can you walk around the park by yourself for an hour whilst they are in the park as well? Yes.

The western guide that is with you and their rapport with the local guides will also have a big say in dictating how much freedom you will get.

You need to have flexibility as the itinerary you will be given before the tour may change at the behest of the local guides but roll with it and you will still have an amazing time! There are so many different tours available from all the different companies that I’m not going to go into what you can do there. But a visit to the Mansu Grand Hill Monument will be on every itinerary so that you can pay your respects to their leader. If you get a chance to go to the DMZ, the border with South Korea, I would recommend that as well.

North Korea is one of the most unique countries on the planet. Their rules and regulations are like nowhere else I have been but I still highly recommend that if you do get the chance to go, you should take the opportunity.