I love going to places where others don’t go. I don’t want to see the tourist crowds or check off what every other guide book weilding blogger has done. Some of my favourite places I’ve been to that are not always top of everyone’s list to go to. And for some of them, I would hazard a guess that many people haven’t even heard of the. Keep reading for my top list of underrated travel destinations you should add to your next adventure. (I’m only commenting on where I’ve been so all of the ones below are in the Asia-Pacific region)

The 12 Most Underrated Travel Destinations I’ve Been To:

I think the guide book sums Pulau Pangkor up best. “Whilst Penang and Langkawi to the north are supermodels in the sea, Pulau Pangkor is more of the girl next door”. It doesn’t have hoards of tourists and most that do go there are locals. A short bus and boat journey from Kuala Lumpur or Ipoh, Pulau Pangkor isn’t a built up tourist hot spot but a place that feels like a small local town that just happens to be on a beautiful island. When I went, I stayed in basic A-frames, walked to the beach and ate fish that had just been caught. Take it slow, relax and enjoy. That’s what the locals seemed to be doing.

This will be very hard to get to as they only have buses every few days. But the small village of Mudh, located in the Spiti valley in the Indian Himalayas has to be one of the most beautiful places I’ve ever been. I went as part of a very small tour (just four of us) and it is a long way from anywhere. It’s a few days driving to Shimla in the south or Manali further north.

Our tour guide said throughout the trip that “Mudh is good”. It seemed to be the biggest understatement there is. To open your curtains in the mornings to a wide green valley and towering 6000m high mountains at the other end is a sight I will never forget. On an eight hour walk around the area, I was offered tea from a local goat farmer. He didn’t speak a word of English but I followed him to his shelter made of rocks and a tarpaulin where he cooked up tea from what little he had. I’m sure very few others would have experienced that there.

90 minutes south of Airlie Beach, the hopping off point to the Whitsundays, is a place where few others venture to. I turned off the main highway and got to a boardwalk within 30 minutes. I was there on a Saturday and there were very few people about. Looking out from the top of a view point, over the perfect blue sea and the Great Barrier Reef beyond was incredible. What made it more amazing was the lack of people around and the comparative isolation compared to other touristy hotspots on that part of the east coast of Australia.

Fiji gets most of the tourists in the Pacific region but I predict Samoa won’t be far behind in the future. When you think of a Pacific paradise, you will think of a green island surrounded by a ring of golden beaches and turquoise blue seas. I’ve just described Samoa. Hire a car and you can drive around the main island of Upolu in a day. Go slower and you can stay at beachside fales or thatched huts that the locals still use. Going to sleep with the sound of waves and waking up to sunrise over the beach is something everyone should do once in their life. They are also some of the friendliest people you will meet.

Yes some parts may be dangerous, but that is the same with any other country. There are places in London that I wouldn’t visit for example. But if you head to the islands in the east of the country, New Britain and New Ireland provinces are incredible places well off the tourist trail. I saw 8 other western tourists and a couple of NGO workers during my two weeks there. (Even on the plane from Australia, most of the people were Papuans returning home or expats working in the oil industry) You won’t get harassed by locals in the markets like you will in other countries. The people are friendly and curious to why you are travelling to their country. The pace of life is relaxed but if you want to chill more, head underwater and the scuba diving is untouched, unspoilt and unrivalled.

You May Also Like: A Unique Experience in Papua New Guinea

I stopped off in this place in the far north of Laos on a bus from China. I knew very little about it but the town is surrounded by jungle which is excellent for trekking. Two nights and three days later I had hiked through the jungle, stayed in a local village, kayaked down a river and slept in a shelter made of bamboo poles and banana leaves that we had help make. After our trip, we met up in the local market for dinner and a beer whilst also looking around at the local food on sale (crickets, toads and eels for dinner anyone?)

Whilst most backpackers do the route from Melbourne to Sydney to Cairns, they should keep going around the north coast to Darwin. The city itself has some small beaches, some nice walks, pleasant shops and good nightlife. But Kakadu and Lichfield national parks a few hours to the south are the main reasons to come to the top end of Australia. Check out what I got up to on my road trip to Kakadu National Park.

I know I always seem to mention it and I already have Pulau Pangkor but trust me!

Everybody seems to go to Thailand and Indonesia and forgets about the incredible country in between. This is a country of contrasts that has something for everyone. It’s a mix of Malay, Chinese and Indian. Kuala Lumpur has gleaming skyscrapers whilst Malacca has 500 years of colonial history. If you want islands it has plenty (Pangkor, Penang, Langkawi, Tioman, Perhentian and that is just on the main peninsula!). If you want cooler hills, go to Cameron Highlands. If you want jungle and orang utans, head to Sabah in Borneo. Whilst you’re there, drop down to Sarawak and see the tribes still living a traditional way of life. It’s a melting pot of cultures, foods and friendly people. There will be something that you will love.

A lot of travellers find Singapore boring or too expensive. I couldn’t disagree more! Whilst it does have 5 star hotels, dorm beds are still cheap and street food is affordable and tasty. Like Malaysia it has a bit of everything. Want resorts and Michelin Stars? Head to Sentosa. Want colourful markets? Head to China town. Want the Muslim call to pray? Go to Kampong Glam. Want to feast on cheap curry? Head to Little India. If you want it, Singapore has it. 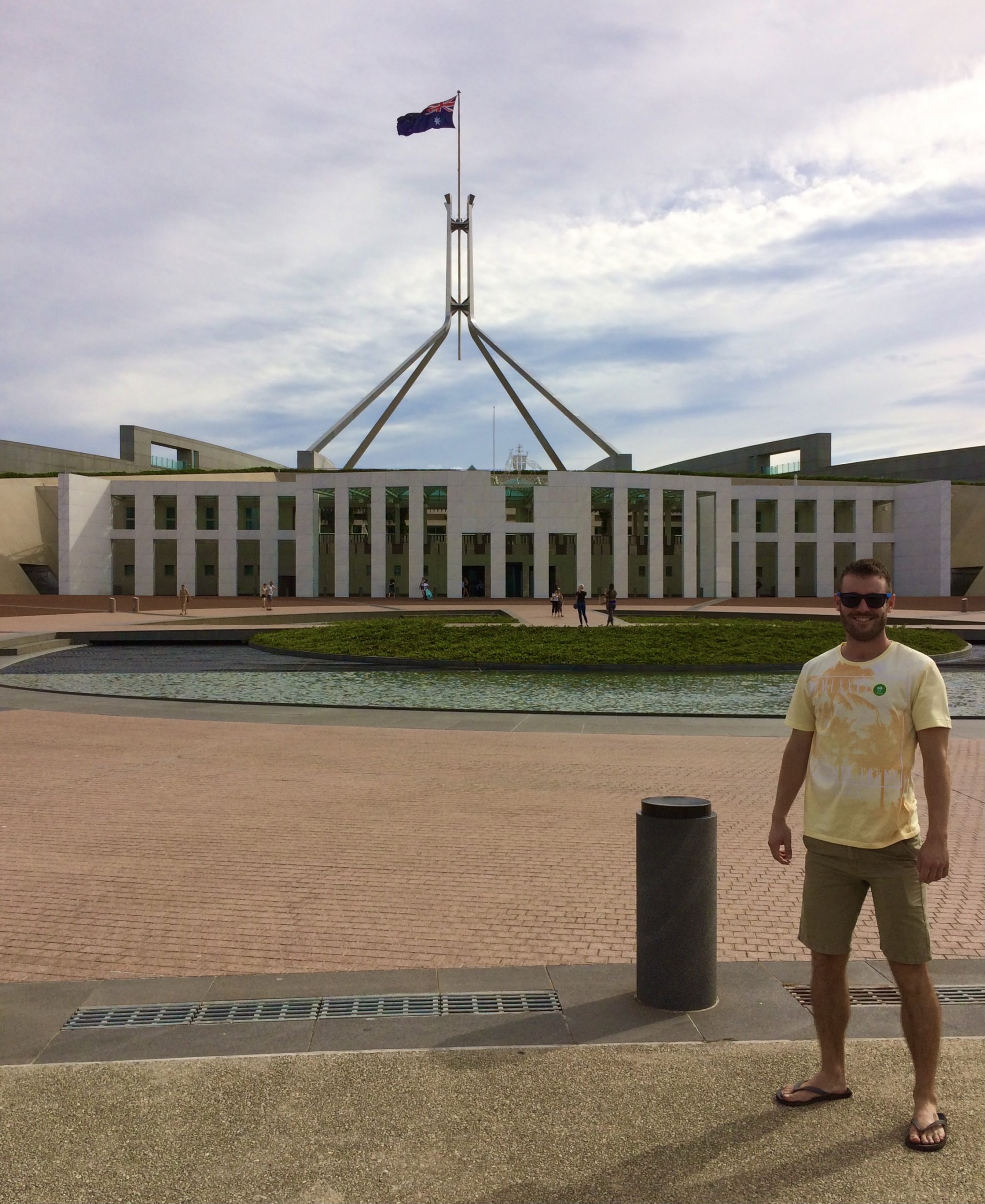 If I were to ask an Australian what should I do in Canberra and the most frequent answer you’ll receive is “get on the first flight out of there!”. But it does have a lot of charm. There are museums galore if you want to get your nerd on. It has small streets with coffee shops and plenty of options to eat and drink when the sun goes down. And like almost all capital cities, the parliament buildings are always great to have a look at. Just outside the city are some great walking tracks in the hills or you could drive up to the top of Telstra tower for views over the CBD.

Another city that doesn’t often win the hearts of many travellers. Christchurch is still recovering from the major earthquake in 2011 with scaffolding around many buildings and road works interrupting the traffic. But head to the Botanic Gardens or Hagley Park for a morning run or afternoon stroll to understand why it’s called the Garden City. There are some nice coffee shops in the city centre (I highly recommend the Boat Shed Cafe on the River Avon), an earthquake museum and an exhibition on Antartica near the airport. If you have a car head to the Banks Peninsula and Akaroa for a taste of France or New Brighton or Sumner to relax on the beach in summer. Just don’t write it off too soon.

These are just some of the places that I have loved travelling to that aren’t on many peoples itinerary. I’ve always found that when you go off the beaten path or to places that aren’t recognised much, you will always find a secret gem.

What destinations have you found with few other tourists?