What To See and Do in Manama, Bahrain (2023 Travel Guide)

Bahrain won’t be on everyone’s radar but with a national airline trying to compete with the other middle eastern heavyweights, it may not be long until the smallest country in the Gulf becomes a layover destination between east and west.

How to get there

Odds are you’ll be flying Gulf Air, the national airline of Bahrain although many other airlines, including all the major middle eastern airlines fly there. The airport is in the north of the country, about 8km north of the capital Manama.

Many countries can now get a visa on arrival which is a smooth process of filling out a form and paying at the desk. Getting a visa online is also an option but often comes with a hefty admin fee.

It’s easy to get a SIM card in Bahrain Airport with 3 different shops on your right hand side as soon as you walk out of arrivals. I went with Batelco. As I walked past their shop they had an advert for 100GB of data for 10BD. With tax added on it became 11BD (£22 or $30USD). In hindsight it was actually way too much data but I saw other companies offer 10GB for 10BD so I still feel like I had a good deal.

How to get into Bahrain from the airport

Taxi from the airport and take 15-20 minutes to the city centre. The airport bus which runs every 20-30 minutes depending on what line you take. A1 and A2 line cost 300 fil if you pay the driver direct. You can buy a Go Card if you will be using the bus a lot but I didn’t bother and just paid direct. A taxi is charged on the meter and will start at 4BD from the airport.

Once you are in the city, getting the bus or Ubers around the city is the most convenient.

Bahrain is not a budget destination by any means but it certainly doesn’t have to break the bank. Although there are no hostels, it is possible to find double rooms in budget hotels. The cheapest you may find can start at £15 for a very basic room or I stayed at the Monroe Hotel and Suites for under £30 per night in an excellent room with great wifi. It also had a pool, gym and on site restaurant but I didn’t have time to use them. I definitely recommend staying in the Al Hoora area as there are plenty of budget restaurants about but also it is relatively central to many of the attractions you’ll want to see. Other areas may be slightly cheaper but this is offset by more expensive transport costs getting you to where you want to go.

Buses are cheap but not particularly frequent so I used Ubers for most of my journeys, at only 2-4BD they were comfortable and affordable and arrived to pick me up within minutes.

Groceries are affordable and can be bought from big supermarkets inside shopping centres or from small shops that line every street. I ate out a couple of times with my most expensive meal being 8BD in a fancy restaurant, however I also got a burger and chips for 3BD and a takeaway shawarma for 0.3BD which was tasty and filling.

Top things to see in Bahrain 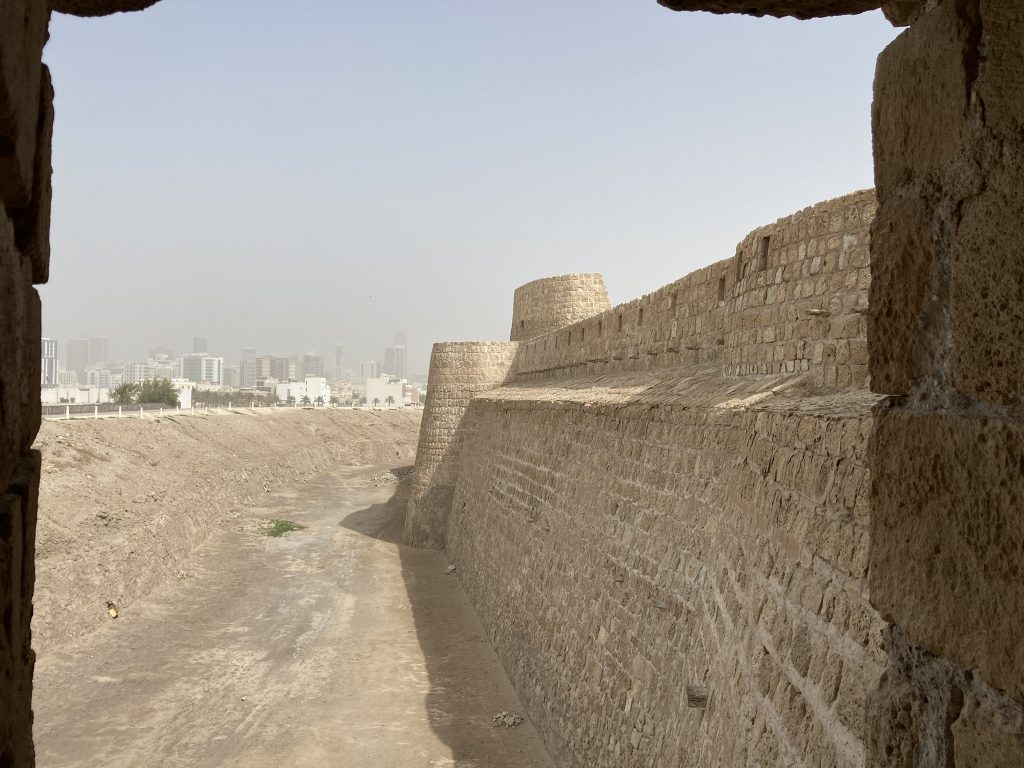 As a UNESCO World Heritage site, Bahrain Fort, or Qal’at al-Bahrain in Arabic, shows the history of the island as the inhabited area the fort has been built reveals over 2000 years of history. The modern fort you can see today was mostly built by the Portuguese in the 1500’s whereas there are structures dating back nearly 5000 years of the Dilmun civilisation are now buried underneath. You can walk around the fort by yourself and doesn’t cost anything to get in. There is also a small museum (costing 2 Dinar) and an excellent cafe/ restaurant a short walk away. 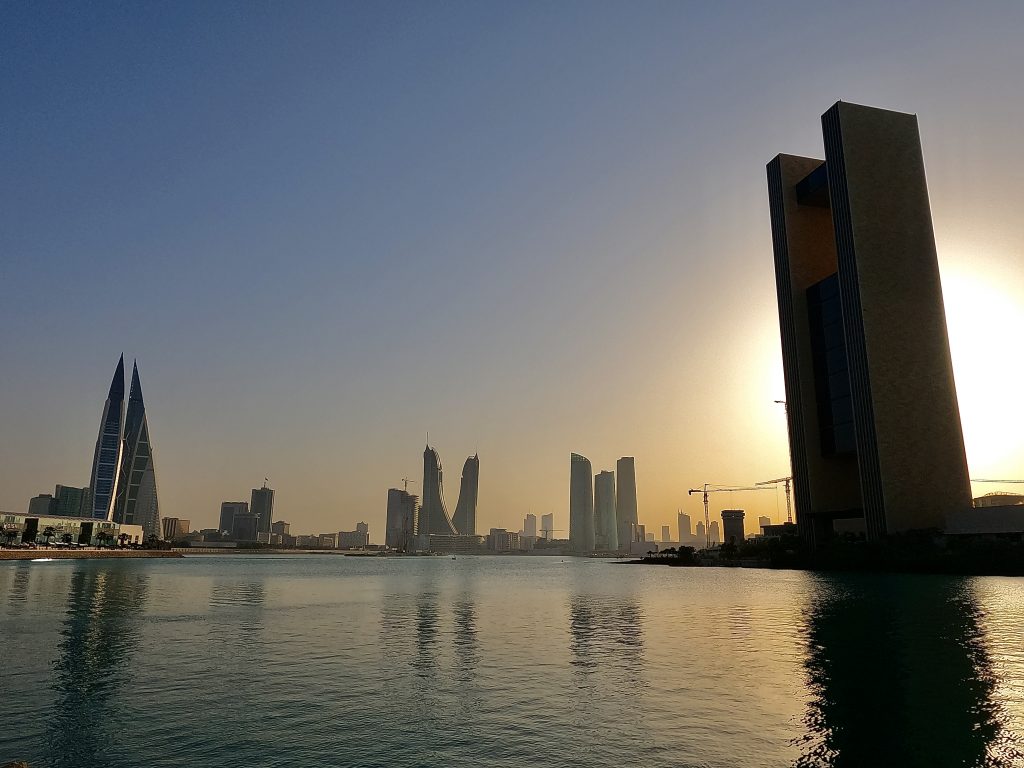 The financial district is the expensive place to be in Manama. I feel that Bahrain has seen what Dubai has done and is in the midst of trying to copy it. Amongst the incredible buildings such as the Bahrain World Trade Centre and the Bahrain Financial Harbour buildings, is a lot of building work with skyscrapers people built left, right and centre. Go at night time or sunset to see all the buildings lit up in an array of colours. Even better, have a look at it in a few years time when it is finished ;).

Would it be a city in the Middle East without ostentatious shopping malls? For a small city it has a wide array of malls dotted across the city. Moda mall has everything, the Seef Mall is used by locals and has an abundance of coffee shops whereas the Avenues Mall is full of expensive designer brands and is frequented by expats and Saudi’s that have popped across the border. 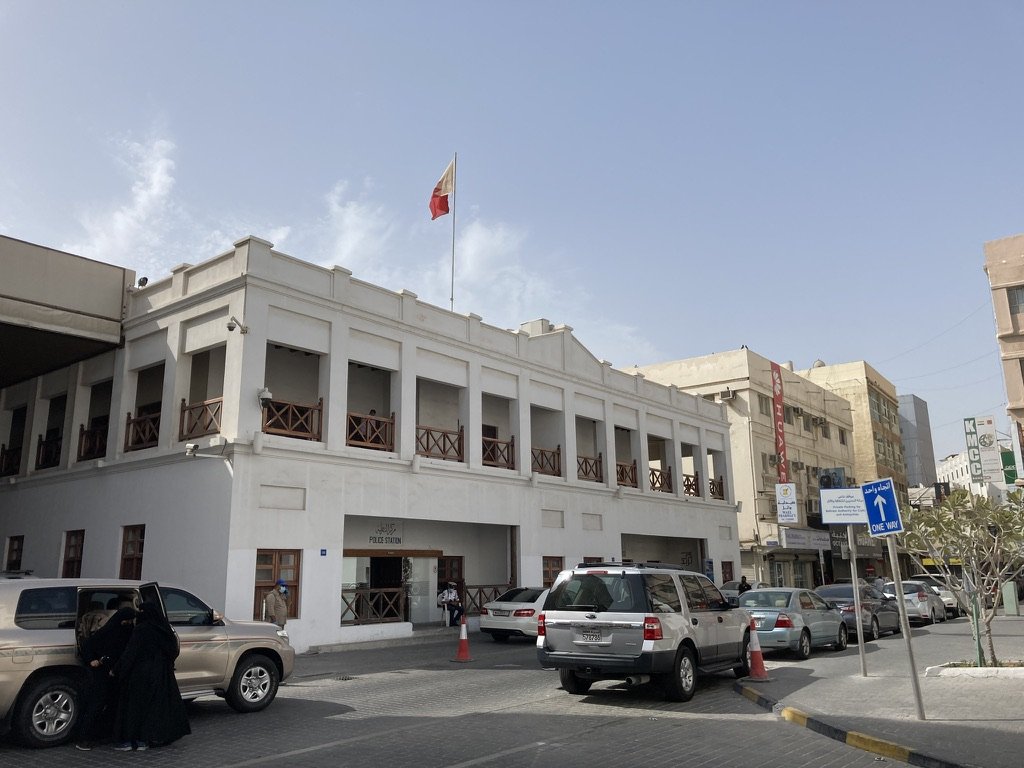 The Bab Al Bahrain is part of the old historical part of the city. Designed by the British as a gateway to Customs Square, it used to be the entrance to Bahrain for the goods arriving by boat. Now it contains an tourist information office and signs describing its colourful past  colonial 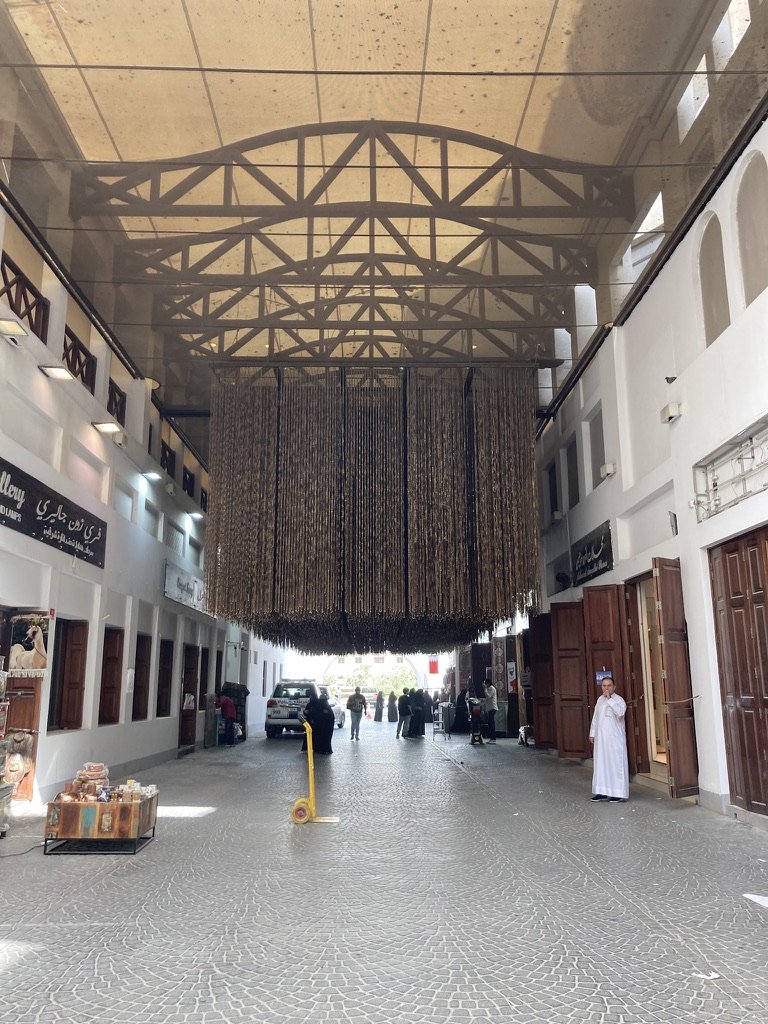 As with most countries in the middle east, the souk is the traditional home of buying and selling. Just behind the Bab Al Bahrain is the traditional Souk of Bahrain. Selling gold, textiles and incense, it is one of the few remaining traditional souks left in in the country. 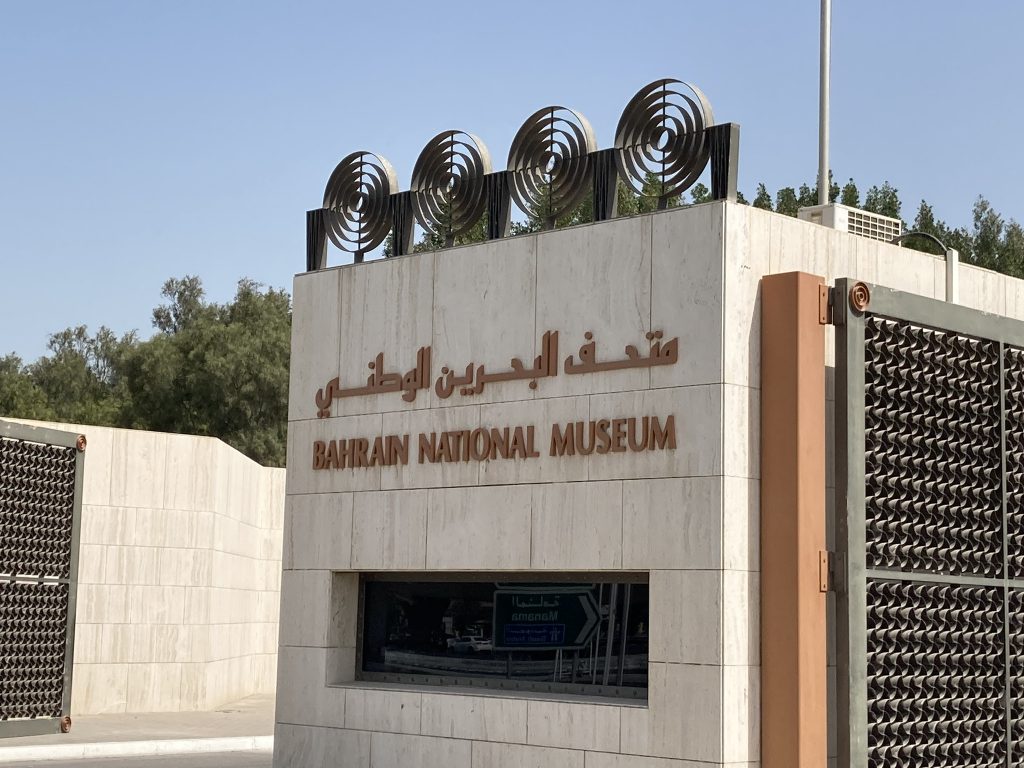 Whilst not the most informative National Museum in the world, the Bahrain National Museum has plenty to offer for a couple of hours as well as a great (but pricey) onsite cafe.

Bahrain may not be the top destination for travellers to the Middle East but the city of Manama is well worth a stop over for a day or so if passing through the region. I believe it will grow in popularity over the coming years as its airline expands and it becomes another middle eastern hub for oil, finance and trade. Whether tourism really takes off like it has in a few of its neighbours is still up for debate but there are a few things to keep the visitor occupied.