Which Pacific Island Should You Visit?

The Pacific Ocean is on many travellers bucket lists and for good reason. It is full of incredible beaches, quiet hideaways and friendly people. But each island has its own quirks and with over 25,000 islands spread across, you have many islands to choose from.

Travel in the pacific region isn’t as easy or cheap compared to other destinations, there are no budget airlines here. If you are trying to island hop around, expect to pass through Fiji multiple times, or maybe even New Zealand or Australia depending on your schedule. But this is no reason to cut it out of your plans, if anything it all adds to the adventure!

If you’re still unsure of where to go, keep reading to find the perfect island for your needs!

Which Pacific Island Is Right For Me?

Best for resorts and relaxing – Fiji

Meaning “hello” you’ll hear Bula being shouted at you everywhere you go in Fiji, the locals are just that friendly!

The country with the most tourists in the pacific, and the largest tourism infrastructure, Fiji is the place to go if your ideal getaway is to sit by a pool in a resort and watch the world pass by on “island time”.

With everything from 5 star resorts by the big names such as Hilton, Sheraton and Radisson in the luxurious Denarau Port to more basic resorts scattered amongst the 100 islands on offer, Fiji can cater to all budgets.

If you want to try them all, try island hopping on the Yasawa Flyer, a boat that travels up and down the Yasawa island chain, cruising past incredible specks of green amongst a sea of turquoise before dropping you at the door of your resort. A few days later, get back on and see what the next resort has to offer.

If you are currently asking yourself “where is that?!” you aren’t alone!

The Solomon Islands are a group of 6 major islands north east of Australia. Tourism here is very undeveloped and they still live a traditional lifestyle almost everywhere except the capital, Honiara. The year I went, I was one of only 26,000 tourists that made the journey (compare that to Fiji who got nearly 1 million tourists per year pre pandemic). I saw an old English lady in the National Museum and I dived with three Japanese tourists, but they were the only ones I saw. At the immigration counter I got a quizzical look when I explained I was there for tourism before a loud “Welcome to the Solomon Islands, I hope you enjoy your stay!”, the only time I have every had that!

It is so undeveloped that I couldn’t get a bus to see a waterfall because it was a Sunday. Much of the islands infrastructure doesn’t run on Sundays due to the traditional Christian faith on the island, so bare that in mind if you travel over a weekend like I did.

OK, disclaimer: Samoa is my favourite country in the Pacific.

I was only there for 6 days but I fell in love with the country. The small city of Apia has a welcoming vibe, the islands are small enough to drive around in a day, the nature is beautiful and the green interior of the country with the perfect blue seas around are the archetypal pacific paradise.

But the main reason it is my favourite is because of the people. They are SO friendly! The only way to prove this is with an anecdote.

Me and some friends went to a church as its a traditional thing to do and a beautiful site watching the entire congregation in their pure white clothes for the service. Afterwards, we started chatting to a local outside who invited us to come to lunch with them “in about an hours time”. We had an address of sorts which we drove up to.

A young man came and asked us what we were doing there. “We were talking to somebody at church and they invited us here,” we explained.

Within seconds all four of us were ushered into a fale, a traditional thatched hut full of village elders, where we were fed a feast of rice, fish, meat and veg. Whilst we were still eating, the elders started talking amongst themselves in Samoan. This went on for nearly an hour, during which time younger members of the village came and cleared away all the plates and wiped down all the tables whilst we were sitting at them. 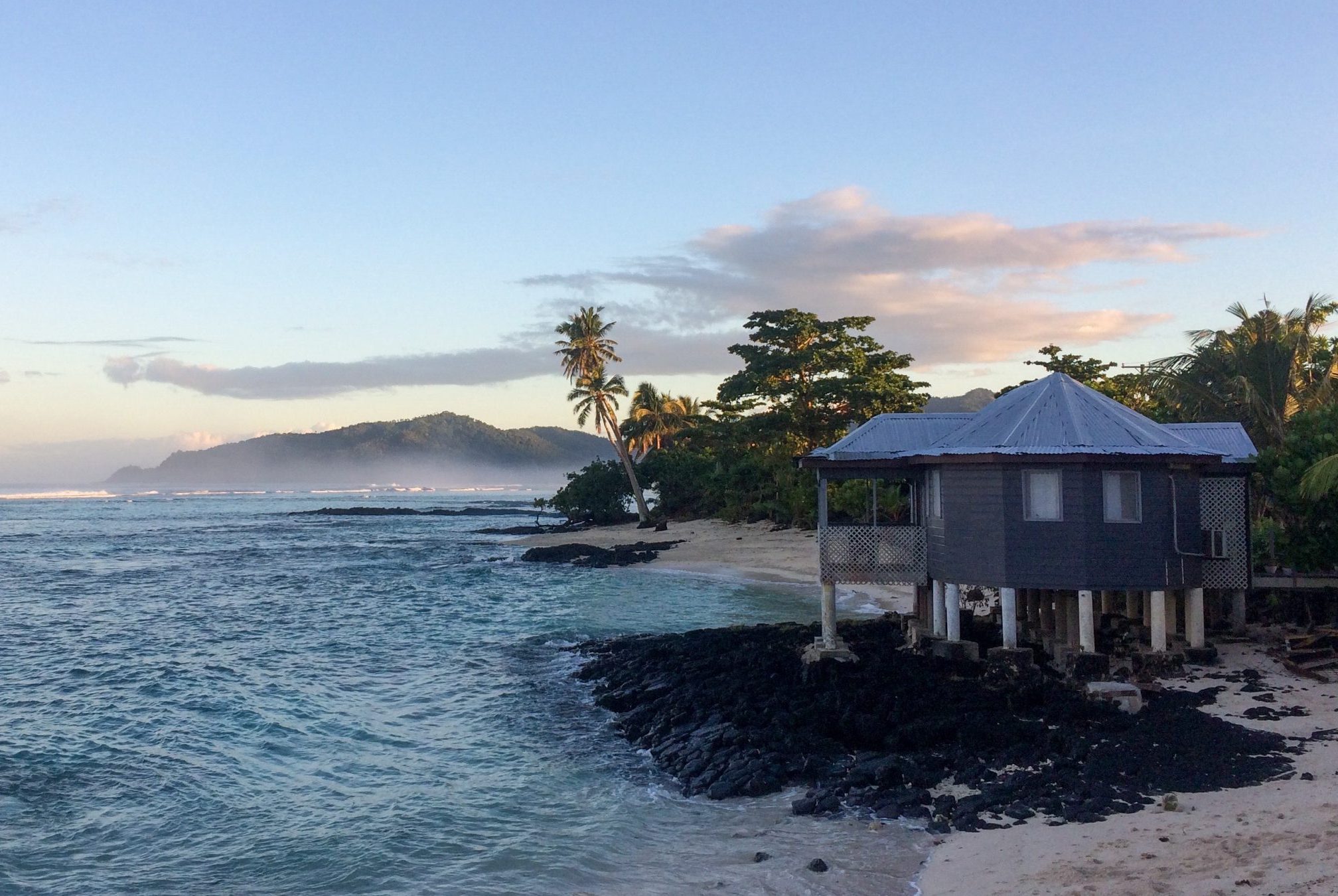 At the end of the elders discussion, the lady sitting at the head of the fale turned to us and said, “So who are you and why are you here?”

We explained that we had been at church in the morning and were invited here.

“Did you bring a gift?” the elder asked. We hadn’t. “It is tradition in Samoa that if you come to someones village, you should bring a gift. But don’t worry about it this time, we hope you enjoyed your meal.”

We had been ushered into a village meeting, we had been fe a feast and looked after like royalty and only at the end did they ask who we were. We tried to pay afterwards but they wouldn’t accept it.

And this story isn’t a one off, I have heard countless tales of similar occurrences in Samoa which must make it one of the friendliest places on the planet.

Want the best itinerary for visiting Samoa? Check it here: The Perfect Samoa Itinerary & What to see and do in Upolu

The precursor to the bungee jump, land diving, was invented here in the Pentecost islands where boys would tie vines to their ankles and jump off platforms up to 30m high to celebrate the yam harvest. It is thought that AJ Hackett, who popularised bungee jumping in New Zealand, saw land diving in Vanuatu before spreading it around the world.

If extreme effort if your thing, head to Mt Yasur, an active volcano and one of the few in the world that has a lave lake. Depending on how active the volcano it, you can climb the volcano to peer into the depths and see the lava bubbling away. Go at night time to see the red glow against the dark night sky.

Best for off the beaten path – Papua New Guinea

Is this a traditional pacific island? Well no not really but it is in Oceana and has Melanesian culture. And it also has some absolutely beautiful islands.

You can read about my experiences in New Ireland province here. But the reason it’s so incredible is because it is so off the beaten path. With very few tourists it is a difficult place to travel.

With volcanoes, scuba diving and genuinely untouched places, Papua New Guinea is the place to go if you want to travel way off the beaten path.

Best if you want a mix of cultures – New Caledonia

Do you want to be on a South Pacific island in the morning but checking out the hippest bars in a French neighbourhood for dinner?

New Caledonia is a French territory and the capital Noumea could be a small city on the French Riviera. It has a European vibe, with restaurants and bars lining a boulevard next to the beach.

An hour to the north, near Bourail, you’ll be in Kanak villages, the traditional Melanesian inhabitants of the island. Their culture is again unique compared to other islands in the region.

If you want to head back to an island paradise, you can choose any of the beaches around Noumea or take the short flight to Ile des pins (Island of Pines). 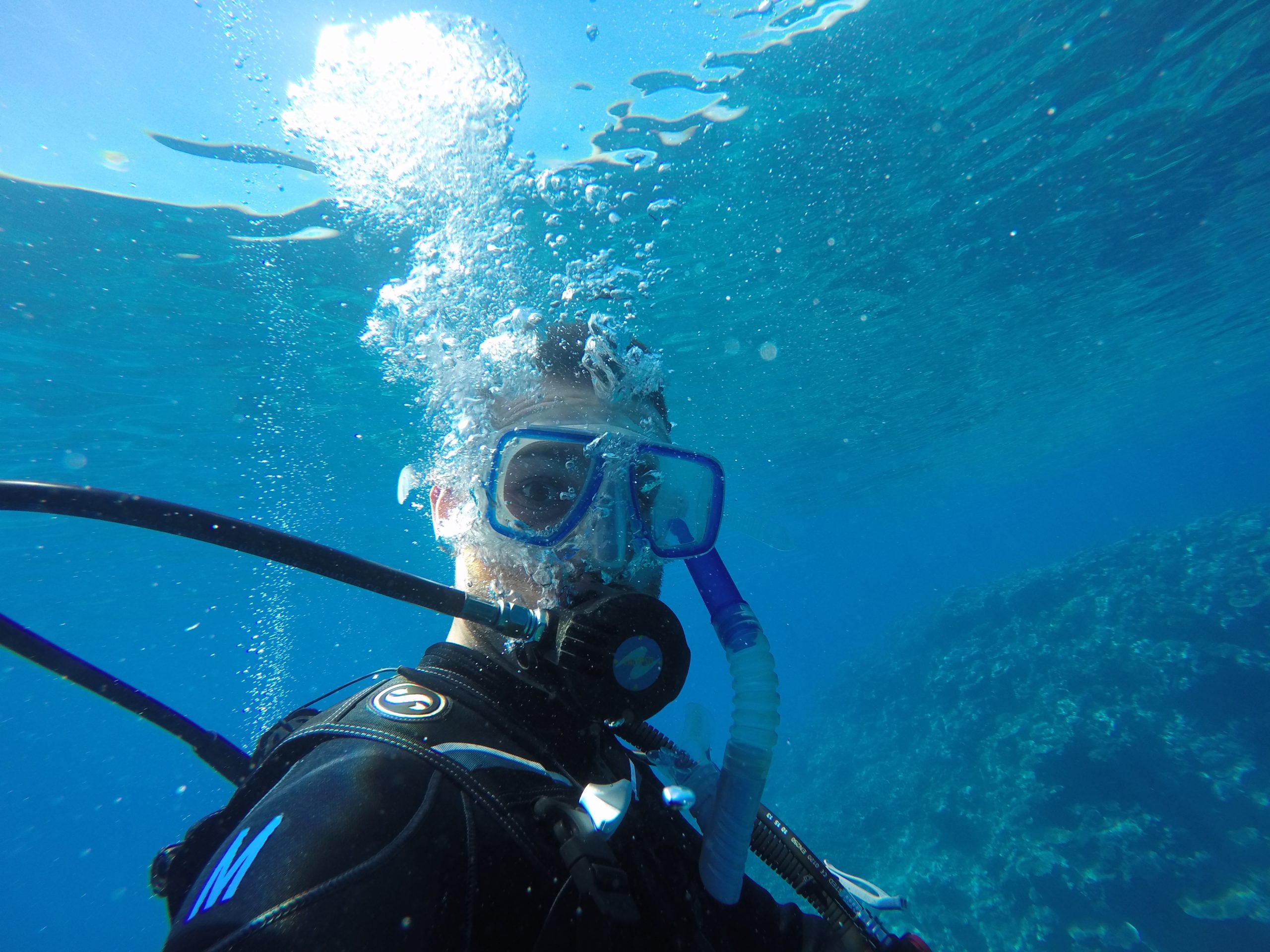 I’ve already mentioned the best dives around the world but from my experience, Fiji has the best diving in the Pacific.

The corals were the healthiest I have seen. You can see manta rays. You can feed bull sharks. And it is all affordable compared to other destinations in the region.

An honourable mention here but also go to New Caledonia and Solomon Islands but for me Fiji, with their abundant dive sites and beautiful flora and fauna makes it my top pick in the pacific region.