The Worst Squat Toilets I Have Seen Around The World!

Note: the below images aren’t pretty. You have been warned!

For many westerners, a squat toilet is the stuff of nightmares.

It wasn’t too long ago that many service stations in Europe had squat toilets, given many English travellers a reason to hold it in just that little bit longer.

The photo at the top is the most advanced toilet I have seen in a hostel in Japan.

However, in a large part of the world, squat toilets are a staple of life, even in some major cities. Even today, Singapore Changi airport, rated the best airport in the world and a major international hub, has squat toilets in the mens bathrooms (along side regular toilets in case you’re wondering) that are made of clean and shiny porcelain.

After travelling to weird and wonderful places, illness is sure to strike. Whether you call it Delhi Belly, Montezuma’s revenge, The Aztec two-step, Bali Belly, or traveler’s diarrhea to give it the proper medical name, some form of bacteria will enter your body where it will cause your inside to turn to mush and look for the nearest, gravity dependent exit. You may end up with just a minor stomach irritation or you may be bed bound for days with something resembling the chocolate waterfall from Charlie and the Chocolate Factory being expelled semi regularly. Tell me a traveller that hasn’t become ill on the road and I will tell you they are either lying or has never left their resort.

Even if you don’t become ill, nature calls, and if you aren’t in a resort or another western style place, a squat toilet may be the only option.

Below are some of the worst I have seen (of course I’m going to photograph them!)….

The Worst Toilets In The World 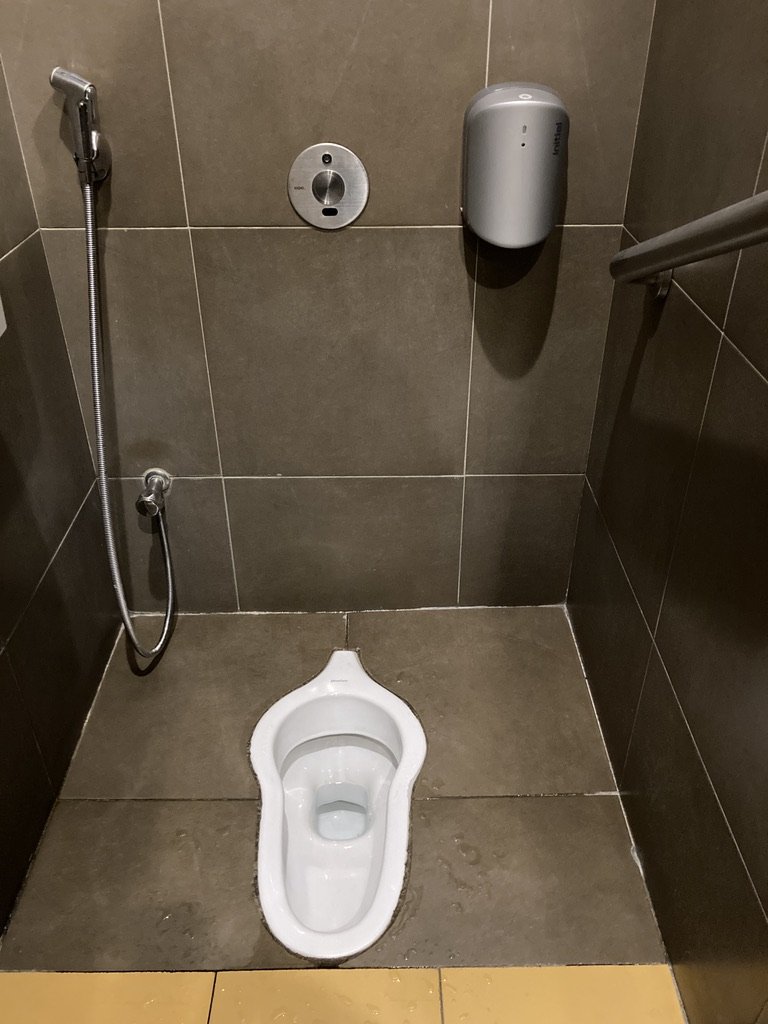 I’ll ease you into this. In case you don’t know what a squat toilet is, this is the cleanest and most modern I have seen.

Located in a cubicle with a locking door, the option of a regular western toilet just next door this is exactly what you want if you’ve never used a squat toilet before. A pleasant intro as to what’s to come… 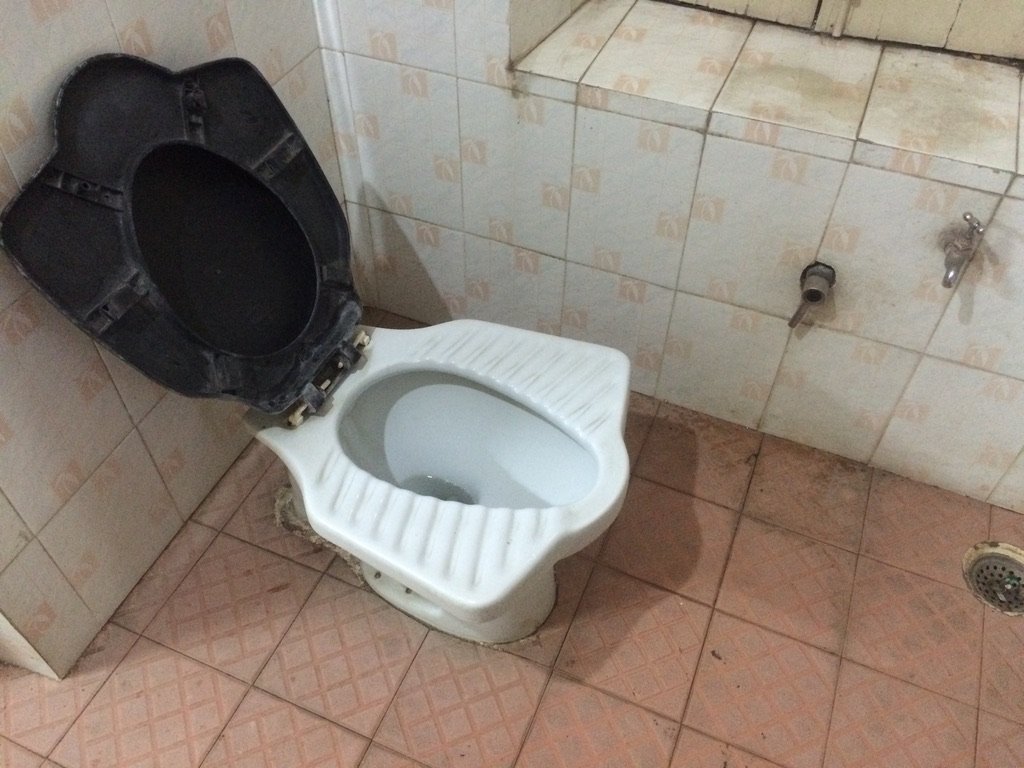 For those that have been, I’m not sure many people would be surprised to see India on a list of bad toilets. This was in a hotel that cost me about £4 for a private room with en suite bathroom. This was the toilet and the shower was a tap on the wall that dribbled on me. At least with this one, there was the option to sit down. 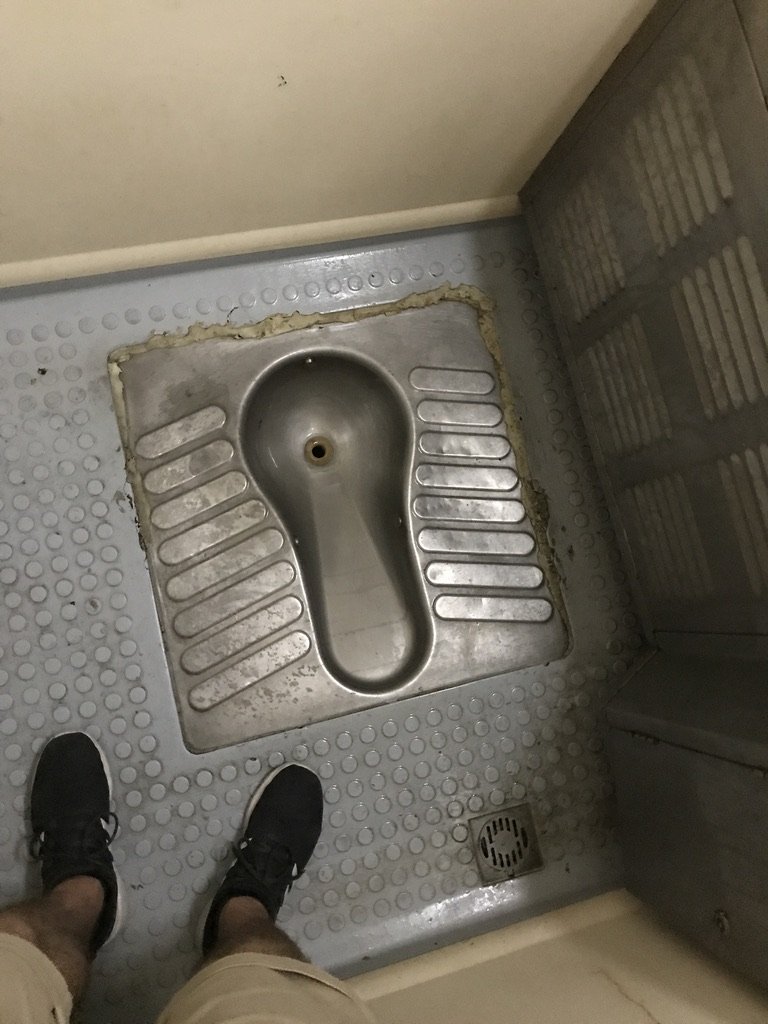 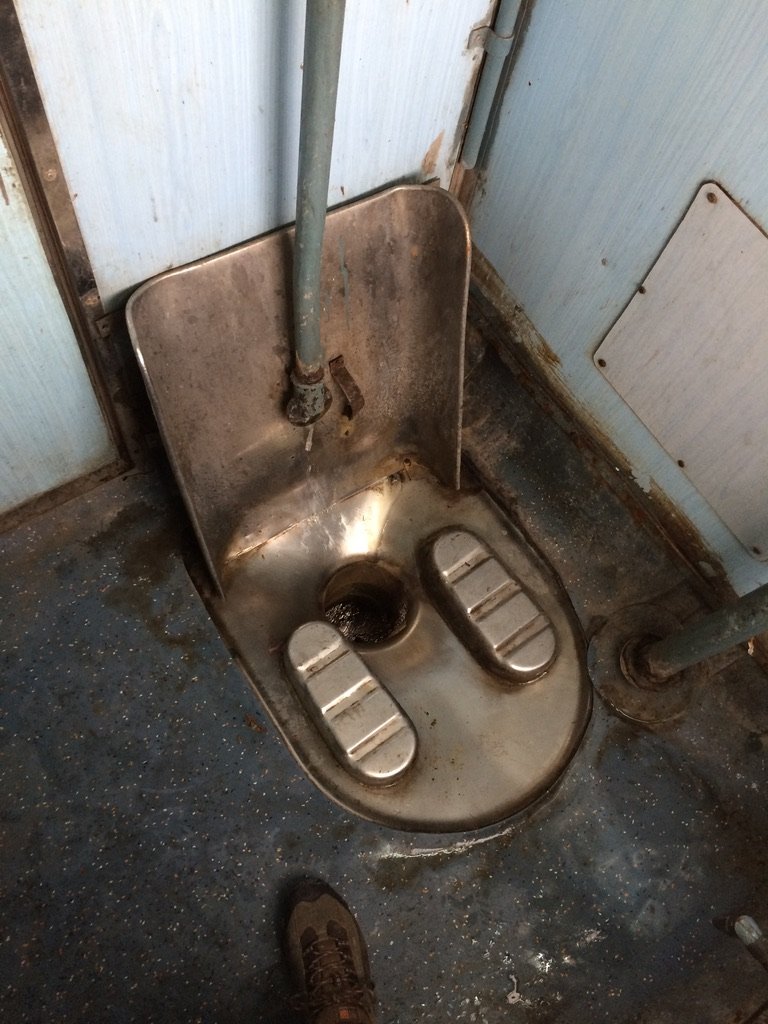 This toilet on a train in India comes below the one in China for one reason. That hole you see in the middle? That goes straight onto the track. Nothing sanitary here but just going down to the sleepers where cows get to eat it. 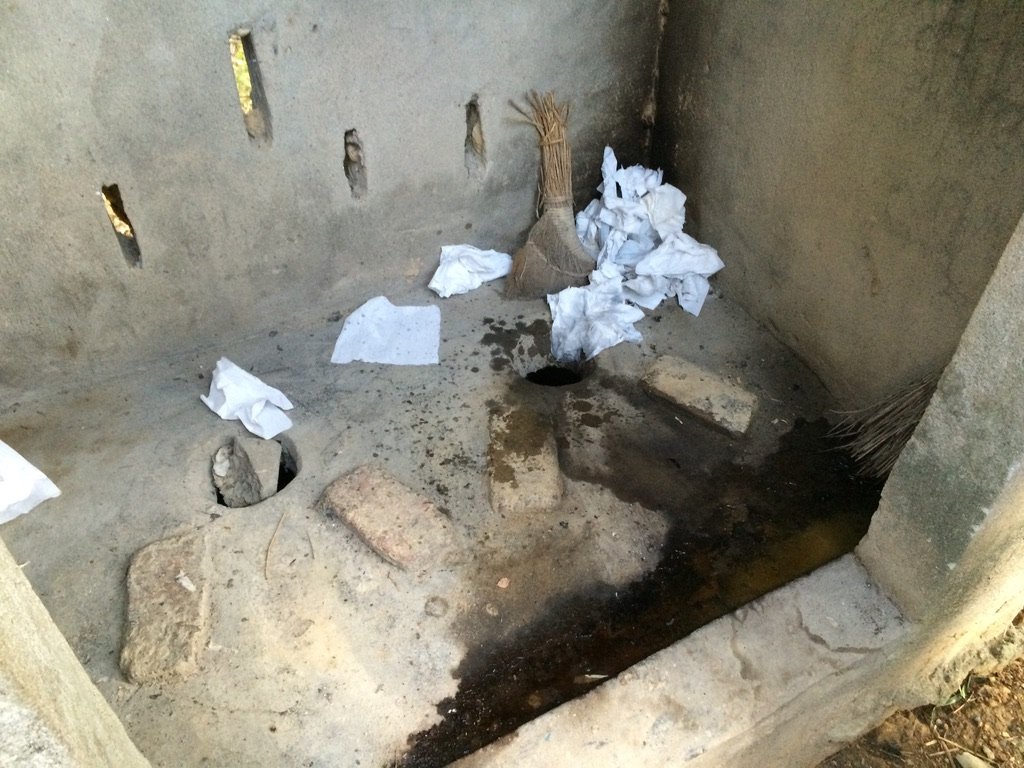 This was a stop on a bus journey from Laos to Vietnam. When you’ve gotta go, you’ve gotta go. At least the toilets in the photos above have somewhere for it to go. This is just a hole.

This is before I used it but you still have to be careful where you aim. I also like the fact there are two next to each other, in case you need to go with your friend. 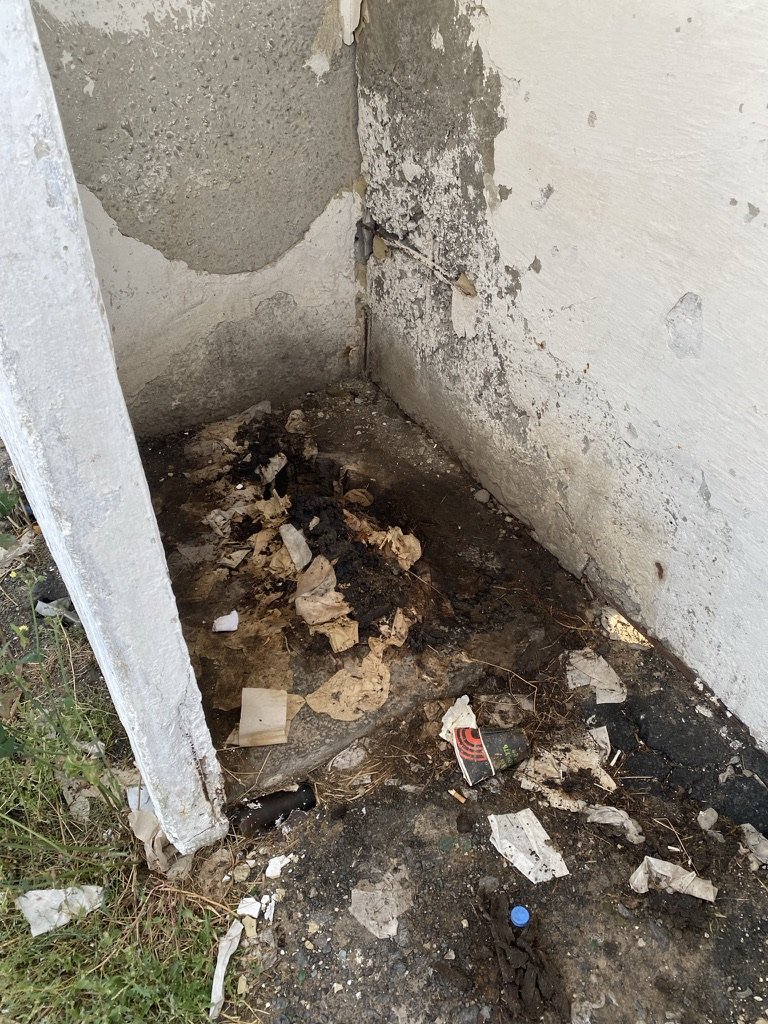 Probably the worst toilet in the world. This is at a bus stop at the side of the road in the middle of Ukraine.

I can’t really describe much you here. There is a hole. And a lot of “stuff” piled up on it.

The smell was horrendous. The site… well… just look at it.

If you ever see squat toilet worse than this, I don’t want to know about it.