Bansko is quickly becoming a major hub for digital nomads in Eastern Europe. With the creation of NomadFest in 2020 Bansko has well and truly been put on the (digital nomad) map.

Normally the main reason to head to Bansko is for the Bansko ski resort open in the winter months, but Bansko in summer is also a great choice. The weather in Bansko means there is something for everyone year round.

But what should you know before going to Bansko? Where to work and where to let your hair down? Keep reading to find out.

Bansko is a small ski town in the south west of Bulgaria. It’s based at the foot of the mountains that make up Pirin national park, a UNESCO world heritage site.

How to get to Bansko

Most people will pass through Sofia on their way to Bansko. There are various bus companies that run the route leaving from different bus stations in Sofia. The comfiest is leaving from Sofia central station and takes around 3 hours. Be aware that the different bus companies have different levels of comfort, with some buses being small cramped minibuses whilst others are large coaches with a lot more room. The bus timetable is flexible to say the least so check ahead before you travel.

There are also daily buses and trains to Plovdiv and regular connections to Blagoevgrad where you can connect to elsewhere in Bulgaria. It is also possible to head to Bansko from North Macedonia and Kavala in Greece. As a major trans continental city, Istanbul can also be reached fairly easily.

Getting accommodation in Bansko

You can get a one bedroom apartment for as little as €190 per month but most likely you will pay between €250-300. AirBnB’s and hotels can also be found but are likely to be much more expensive. Of course, the longer you stay, the cheaper your accommodation will be. Facebook groups are a good place to start and some co-working spaces may have some rooms available. 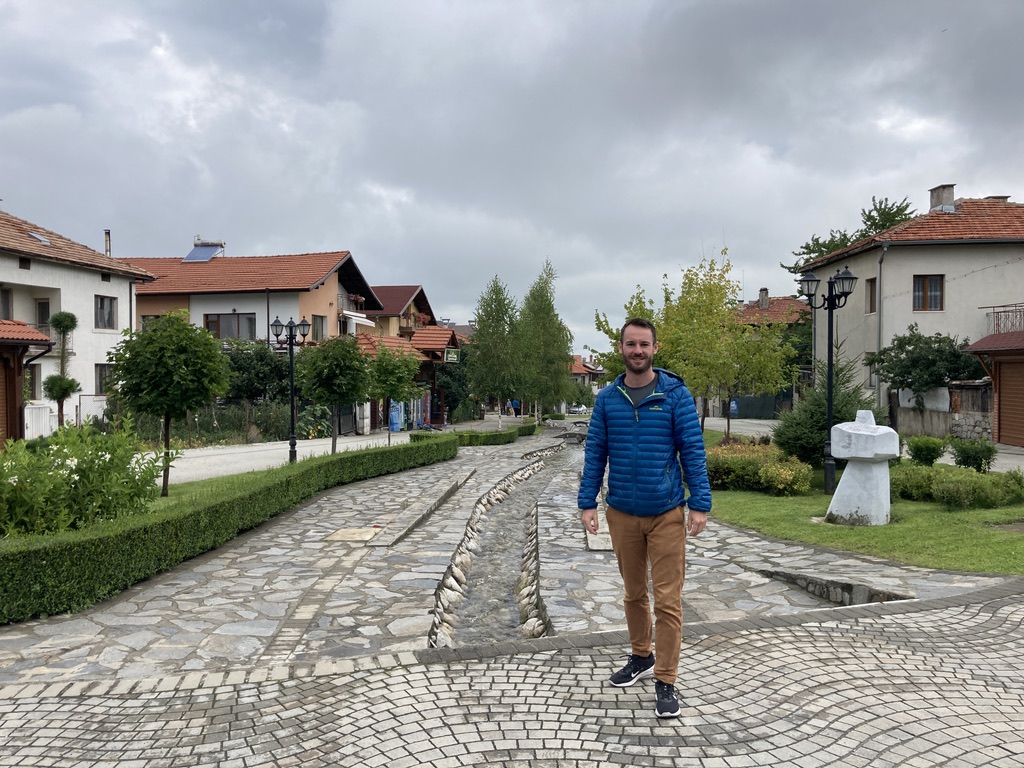 Where to work in Bansko

There are a variety of Coworking spaces in Bansko.

My personal favourite and the one that I attended was AltSpace. They have two locations, their main hub on Gotse Delchev Street and a smaller location on Pirin Street. I felt like a member of the family as soon as I walked in with Becky and Mark inviting me to events on the very first day. They have a great layout to work, excellent coffee, second screens available meeting rooms to hire and competitive pricing. Their social events, including a weekly dinner and Friday drinks are a great way to get to know long term stayers as well.

Another popular option is CoWorking Bansko, who originally created NomadFest. They have a few options all over town, (currently four locations meaning where ever you stay, you won’t be far from them!) and also offer social events including a weekly BBQ and games nights.

Alternatively, there are plenty of cafes that provide wifi where you can work for short periods of time if they aren’t busy.

Probably the most important question that will get asked by digital nomads!

Generally the wifi is good. There is 4G/ LTE signal everywhere and Sim cards can be purchased from a few shops in town such as the A1 and Vivacom stores on the main street near the town hall. A1 has good connectivity all over Bulgaria.

Wifi speeds in hotels and apartments are normally excellent with speeds above 30mbps with speeds in the coworking spaces hitting 100mbps. 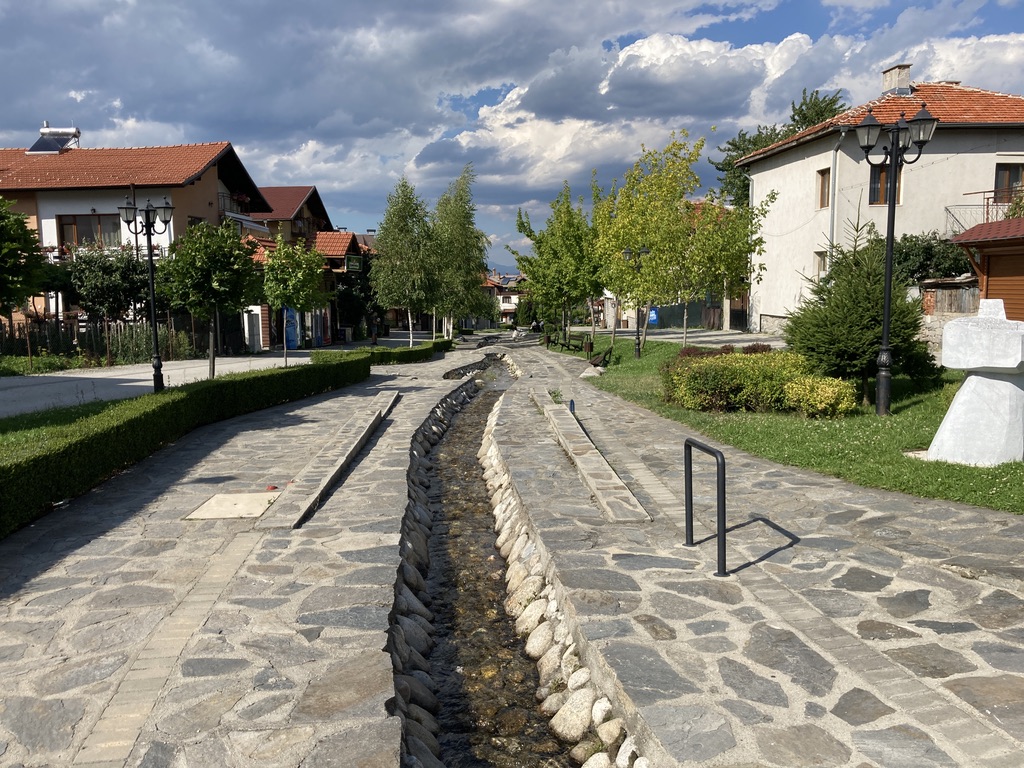 Best places to eat in Bansko

You will never go hungry in Bansko. With the variety of restaurants available, there is food on offer no matter what you feel like eating.

Billa is the main supermarket for those in self catered accommodation, but don’t forget to check out the local market every Sunday morning for cheap fresh produce that you buy straight from the locals.

If eating out is more your thing, the mehana’s (traditional Bulgarian restaurants) line the main streets and offer Bulgarian food served in hearty portions that are affordable. My personal favourite mehana is Mehana Chevermeto (Механа Чевермето) with their excellent BBQ offering and large gin and tonics.

5M is a restaurant with a more western style menu set in a beautiful building half way up Pirin Street. The food there is absolutely delicious as well, but not the cheapest around.

If you are looking to eat out for a special occasion, head to Leonardo’s for Italian that is as close to fine dining as you will get. 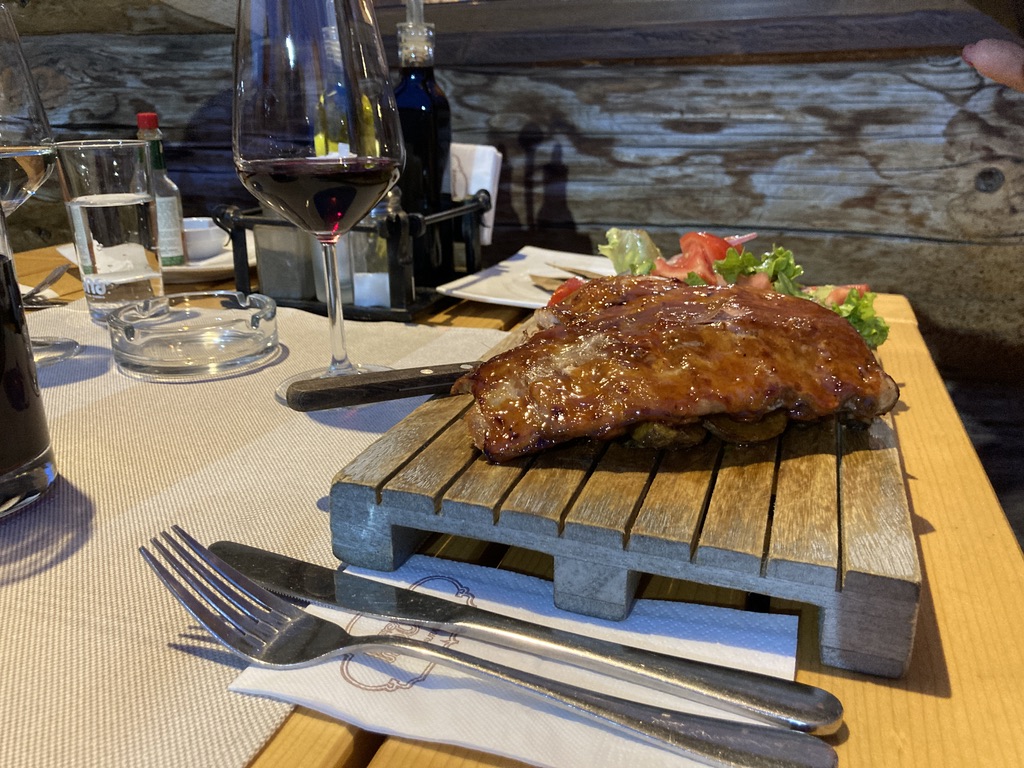 What to do in Bansko when you aren’t working

What to do in Bansko really depends on what time of year you are staying. Those that stay in winter will know that it is a destination known for its skiing and snowboarding with kilometres of ski runs in the Pirin mountains. Ski passes are available at rates slightly cheaper than popular resorts in the alps but the rest of your stay will be markedly more affordable.

For those staying outside of the prime winter season, those same mountains can be enjoyed by hikers and mountain bikers alike. There are a few short hikes to some of the lakes in Bansko as well as more challenging ones to the top of Pirin Mountain.

If staying in is more your thing, there are plenty of bars and restaurants available which will be discussed later on. There is a gym in town, tennis courts, ATV’s for hire and many of the coworking spaces have social events as well.

At the end of a long week, or any day for that matter, its possible to let your hair down at a few of the clubs in town. Bansko nightlife is better than it first might seem! HUB360 at the top of the town or The Club in the centre. Pirin 75 and Ginger are also great places open until the early hours serving beers, spirits and cocktails.

Is Bansko a good place if you’re a digital nomad?

Becoming a Bansko digital nomad is one of the best things you can do. A small town with everything, no matter the time of year, with affordable accommodation options and some great coworking spaces.

How to Hike to the Lakes from Bansko, Bulgaria